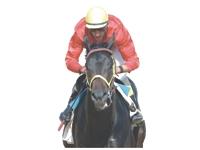 The only news we seem to get about the Hippodrome in Mijas, is about events that are going to take place and promises of great things to come, yet if you read the Spanish press, the reality seems to be far from rosy.

Diario Sur recently reported that the workers of the Hippodrome have placed a denuncia against their employer, Carrera Entertainment, for failing to pay their wages for two consecutive months. They further report that out of 58 monthly wage payments since Carrears Entertainment took over in 2004, 22 were more than ten days late. The employees representatives state that on numerous occasions they have requested information about the state of the company but each time the response has been abstract and unreliable.

The Hippodrome was opened in 2000 under the auspices of the Department of Tourism until January 2004 when a concession to Carreras Entertainment Corporation was granted until 2054 for an annual levy of 90,151 per year, on condition that the company maintains the Hippodrome up to date with all its debts and organises a minimum of 25 races each year.

It is stated that Carreras Entertainment are in breach of that agreement, firstly it owes the last 3 monthly wages to its workers, then it keeps accumulating debts and not paying creditors and it does not even pay the prizes on time to the winning horse owners, who continuously experience undue delays in receiving their justly earned prizes. Well, we know that they have not paid Web Express Guide for a largish debt they owe and acknowledge since 2005.

It would also seem that Hacienda (Inland Revenue) has placed an embargo on some 674.775 due to the company.

The future of the Hippodrome would seem uncertain. The mayor of Mijas is reported to say that when the contract with Carreras Entertainment is rescinded on account of serious breeches of contract, the councils intention is to try and find another organisation able to manage the Hippodrome under a new set of revised conditions, but the closure of the establishment is not excluded if there are no guarantees of viability of the project by on the part of the applicants offering to take it over. 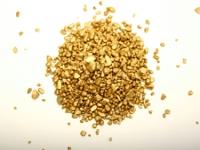 The Case for Gold
Over the last few weeks we have seen some exciting volatility in the worlds stock markets. State Graydon Associates
Let the tax man worry for a change!