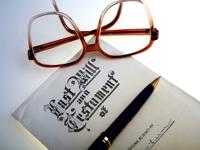 Do You Need to Make a Will in Spain?

If you are a British buyer of a property in Spain and you have already made a will in the UK, technically you do not need to make a will in Spain, as your UK will is recognised by the Spanish authorities. However, the practical benefits of making a Spanish will for your property in Spain are in reality many.

This as you can appreciate is a basic explanation of the legal position. British buyers of property in Spain should really take professional advice from British Solicitors and Spanish lawyers before they leave the UK on how they are going to own the Spanish property. This is because English buyers of properties in Spain are governed by the laws of both Britain and Spain in relation to their potential inheritance tax liabilities.

With professional advice those tax liabilities along with the legal red tape can be minimised, therefore having a well drafted British and Spanish will is advisable for most buyers of properties in Spain. 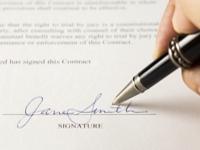 Avoid Potential Problems at the Initial Stages of your Purchase of a Spanish Property
Some sound advice to property buyers from Des Sparkes LLB LLM Solicitor. He is an English Solicitor licensed to practise in Spain with Spanish lawyers Mesa & Green Abogados in Marbella..
Copyright and Intellectual Property in Spain

Your right to live in Spain, butÂ…