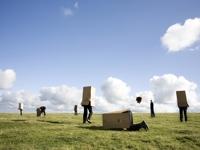 Are politicians fit for the job?

All animals know the difference between right and wrong but what makes us humans different and better than the rest of the animal kingdom is our ability to control our animal instincts, the ability to reason and communicate our thoughts to others and the existence of a conscience that makes us distinguish and evaluate between what is fair to others or not, what is correct or not, what should or should not be done. The ability to reason is a fundamental element to what I call common sense.

Unfortunately, it would seem that common sense seems to get scarcer every year, to the point that it is actually becoming a rare commodity, especially with politicians in Britain. When such scarcity is limited to individuals and their own way of life, it is of little consequence to others, but it does represent a danger when such lack of common sense affects people we rely on to rule our lives and the way we live.

We have seen quite a number of incidents this year, enough to make me wonder how soon the human race might become extinct, particularly in respect of Britain where this ailment seems to be at a more advanced stage.

For instance, regardless of the millions of pounds that are being ploughed into Sudan by way of charitable aid from all over the world, and Britain in particular, it does seem quite stupid to arrest a British teacher, who, in doing her part for Sudan, let her pupils call a teddy bear Mohammed, accusing her of insulting Islam and proposing to condemned her to 40 lashes to be administered in public. It should not have happened and there was nothing to pardon. All the aid pumped into Sudan should be redirected to solve some of the serious problems at home.

Meanwhile, Mr Mohammed in England, let his children name their teddy bears Jesus and Adam and he was given a council house, free health service and income support for life. Can you see how ridiculous all this is? Lets start here to look for common sense!

There is no real mystery surrounding the disappearance of Madeleine McCann, the truth is that the Portuguese Police, whose normal duties do not seem to go much beyond the local police level as we know it in Spain, have completely botched the case from the start and gone as far as destroying any possible clues that might have existed and contributed to finding out what happened. They have made a complete farce of their own secrecy policy by supplying information to the Portuguese press while comparing themselves to Hercule Poirot and are now trying to use the girls parents as scapegoats, to close the case and bury it as deeply as possible hoping it will be soon forgotten. They had the cheek to come to England to pursue their investigations? They should have been arrested and tried for incompetence!

A report blamed putting on weight, alcohol and a whole range of everyday foods as the cause for cancer. Consumers were told to curb drinking, avoid processed meats, including bacon, ham and sausages and to cut their intake of red meat and salt. Even healthy fruit and vegetables were said to offer only "limited" protection against the disease.
So what is safe to eat? Perhaps we should all die of starvation instead. What was the need to spend £4.5 million into a so called study to tell us that the food that we have been eating for generations since time immemorial should be avoided?
What they seem to overlook to mention though is what effect genetically altered food is having on us, which is more to the point. Who is making money out of the genetically altered staple diet named bread? What happened to that research? We never heard any more about it.
Who said you can alter nature and feed cows (herbivores) with meat (offal) and not suffer the consequences? Yes, Id like to know what is really safe to eat, but then we should ask the politicians not the scientists.

Politicians are those that seem to be most affected by this lack of common sense, furthermore they do not really seem to have any conscience. What is the matter with the people that run the country? If we carry on as we are it wont be long before we lose all our values, traditions, customs and pride to be British. Britain has become the worlds laughing stock; the only waves it rules are those of laughter invading our shores. Will someone please really take charge and do the job right? 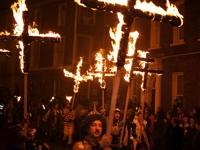 Abolish Christmas?
Lets all celebrate Ramadan instead, and the hell with God save the Queen!
Colour is just another excuse, so is religion!