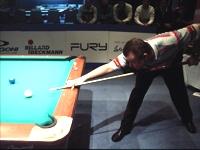 We present some sports news brought to you by Stan James, one of the most acclaimed names within the betting industry today, adding an entertaining slant to it with the opportunity to see whatÂ’s on offer on the way of bets with Stan James.

The best story comes from the World Pool Championship in the Philippines. KoreaÂ’s Jeong Young-Hwa started his campaign with a hard-fought match in which he ultimately went down 9-7. His next game was against Philippino veteran Francisco Bustamante. Young-Hwa mustÂ’ve had high hopes facing such a legend of the game, as it gave him the chance to showcase his talents on a world stage.

For those of you unfamiliar with the intricacies of 9-ball pool matches; they are started by something known as Â‘the lag.Â’ This is poolÂ’s equivalent of the coin toss, whereby both players play the cue ball against the far end of the table before bouncing it back against the top cushion. Whoever gets the ball closest to the break line wins the lag and gets to break in the first rack. Whoever wins the rack breaks in the following one. Anyone see where this is going?

Bustamante won the lag and proceeded to break in the first leg. Jeong Young-Hwa sat down in his chair, safe in the knowledge his chance at the showpiece would surely come. Unlucky! Bustamante reeled off 9 racks on the bounce and sent the young Korean packing before heÂ’d even taken a shot. If nothing else, itÂ’s nice to know that even the Pros get that horrible Friday-night-after-work feeling when the local shark playing winner-stays-on makes you walk around the table with your trousers round your ankles. Usually, that just happens when you get 8-balled. WhatÂ’s the script when you get stuffed 9-0 then? Answers on a postcard.

Francisco Bustmante is 7/4 to win the tournament - a big enough price considering the form heÂ’s in on his home patch. 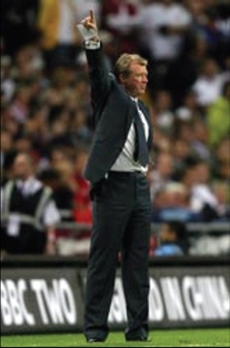 Second-chance Steve will become dole-queue Steve very shortly as England spectacularly threw away a 1-0 lead by conceding 2 in 5 minutes against Russia. McLaren was sitting next to Sven Goran Eriksson when we threw away a 1-0 lead against Brazil to get knocked out of the World Cup. As soon as we went a goal ahead we parked the bus and acted like a 2nd-rate team who had come to nick a goal on the break before putting eleven men behind the ball. Against Brazil, thatÂ’s poor, yet just about excusable. But against Russia? Pathetic!

So-called experts have been blaming the pitch for EnglandÂ’s capitulation. Nonsense!

England are NOT capable of shutting up shop and sitting on a 1-0 lead. Never have been, never will be. If a teamÂ’s good enough to outplay a side for 45 minutes and be a goal up, why completely change the style of play? Why not play the same system and try and go another goal ahead? England have thrown away bigger leads in the past but this dramatic balls-up has probably cost the team a place in the European Championships next year. The management have to consider that it is us- the fans- who are let down.

Not being able to cheer on our team in a major finals is disgusting given the resources available. Even if we do qualify, heads should roll.

Go to www.stanjamesuk.com to get your bets on now in English. 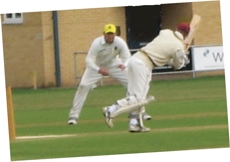 On to cricket! EnglandÂ’s 15-man squad has just been announced for the Test tour to Sri Lanka. To say the selections are questionable would be an understatement. Last month, Andrew Strauss was awarded a central contract by the ECB. Today, heÂ’s been omitted from the squad to tour Sri Lanka. Given his relative dip in form over the past 12 months itÂ’s no surprise heÂ’s been left out, so why has he been given a central contract? Why is money being ploughed into his wages which could be given to the development of younger players?

The natural replacement for Strauss wouldÂ’ve been Mark Ramprakash who scored 2000 runs in each of the last 2 seasons for Surrey at an average of over 100. But no, he has been overlooked again. If Ramprakash and Strauss havenÂ’t made it, who has? Rob Key? No! Phil Mustard has! He averaged 17.80 in the one-dayers against Sri Lanka. Ramprakash must be pulling his hair out.

Go to www.stanjamesuk.com to get your bets on now in English. 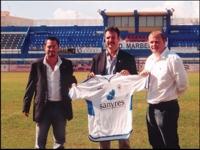 We have a football team!
If there is one thing that we, foreign residents of the Costa del Sol, have not had and did miss is a football team that we can call our own.
Sports