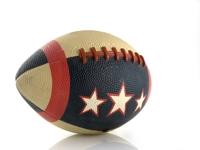 We present some sports news brought to you by Stan James, one of the most acclaimed names within the betting industry today, adding an entertaining slant to it with the opportunity to see whatÂ’s on offer on the way of bets with Stan James. 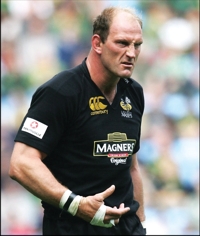 Rugby World Cup
The World Cup has reached the business end after a remarkable set of quarter-finals were completed.  New Zealand were strong favourites and faced France in Cardiff, Argentina played Scotland, South Africa took on Fiji whilst the other quarter-final was a rematch of the 2003 final- England against the old enemy, Australia. There were few surprises on the Sunday as South Africa and Argentina booked their places in the last four comfortably enough but the day before was a completely different story.

England were as big as 6/1 to beat the Aussies following their 36-0 humiliation at the hands of South Africa in the group stages.  In a gritty and determined performance though, they kept the ball in the pack and overpowered the Wallaby scrum leaving Jonny Wilkinson, England's hero of the last World Cup, to kick all the points in a narrow 12-10 win to set up a mouth-watering clash with France on Saturday October 13th.  That wasn't the only surprise, however.  New Zealand had never failed to reach the semi-final stage in the history of the World Cup but France re-wrote the history books by recording an astonishing 20-18 victory.

Premiership Season
Last month will always be remembered as Black September for Chelsea fans as the Special One became Special Â‘GoneÂ’ following his departure from the club.  Avram Grant was quickly installed as the new man at the helm but has yet to win over the Blues faithful after getting 1 point from a possible 6 in his first 2 games in charge.  Grant is slowly getting the Chelsea ship sailing back in the right direction following an impressive victory in Valencia and a hard-fought win away at Bolton but it will be a long time before the West Londoners forget the impact Mourinho had on the club having won two league titles in his first two seasons as Manager.

Man United will take some beating but the real surprises this season have been Arsenal.  22 points from their first 8 games is more than impressive when one considers they were written off before the season as they lost Thierry Henry to Barcelona.  However, their youngsters have stepped up and are playing a brand of football beyond their years.  Spaniard Cesc Fabregas has learnt where the goal is and has been scoring for fun this term as Arsenal top the table as the season begins to get going.  Another Spaniard is doing the business for Liverpool as they stake a claim for the title: Fernando Torres is looking like genuine class at the moment as the Premiership's defences struggle to cope with his pace and finishing.

Formula 1
2007 has been the most talked-about season in Formula 1 since the days when Mansell and Senna went toe-to-toe for glory.  Much of the hype has surrounded Hertfordshire rookie sensation Lewis Hamilton and to say he's exceeded expectations is an understatement.  The season has been shrouded in controversy- McLaren have been docked all their constructors' points for a scandal involving a stolen Ferrari dossier, Hamilton's team-mate and reigning world champion Fernando Alonso spoke out about Ron Dennis's apparent favouritism towards the Englishman and Hamilton himself was called up in front of the FIA to answer charges that he had driven dangerously behind the safety car during his masterful performance in the rain at the Japanese Grand Prix.  One thing has remained constant this year though: Hamilton's magnificent driving.  With one race left in the season Hamilton is 4 points clear of his Spanish team-mate and will be looking to wrap up the title in China on October 14 as he seeks to become the first driver to win the Championship in his rookie season ever. 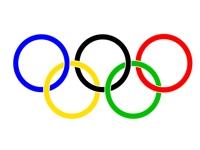 Sports
This month we are presenting you with some sports news brought to you by Stan James, one of the most acclaimed names within the betting industry today. And to add an entertaining slant to it, you also have the opportunity to see whatÂ’s on offer on the way of bets with Stan James.
THISTLE TEST YE - QUIZ