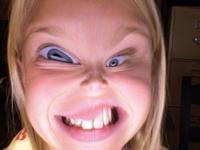 What is a delicacy? This very much depends on where you live and what you are used to.

Next time you go to a specialized restaurant or happen to visit a particular country, why not try some of the following delicacies, and thats without being too disgusting.

Ika sashimi (Hakodate, Japan) - Thinly-sliced raw squid. You know the squid is fresh when it's still moving on the plate and as you put it into your mouth. Some restaurants have the squid swimming in a tank underneath the counter where you sit.

Cabeza de cabrito (Monterrey, Mexico)  Goats head cut down the middle so that you can eat the cooked brains directly out of the brain cavities. The tongue, sticking out of the mouth, is cut out with a knife and also eaten.
Machine with blade saw at the side of the restaurant makes you think twice about how the cook prepares this dish.

Reindeer steak (Calgary, Canada)  Really is quite tasty but do avoid thinking of Rudolf and Santa's other reindeer.

Pig trotters (most countries) Every region and country has its own reciope for these. Quite delicious really.

Tree fungus (Vietnam) - Obviously translated from Vietnamese by someone who did not realize tree fungus does not sound very appetizing. Apparently absolutely delicious, but do not quite know what the ingredients are.

Hachi no ko (baby bees or bee larvae) (Matsumoto, Japan)  Not sure if they remove the sting first. Small in size, but can definitely see bees in the bowl.

Mollejas (sweetbreads) (Buenos Aires, Argentina) - Argentina has the highest per capita meat consumption in the world. The Argentinean barbeque restaurants serve almost every part of the bull or cow, including certain private parts.

Chicken's feet (Malaysia)  This is an extremely spicy dish and not much to eat.

Fugu (puffer fish) (Japan)  The Japanese consider fugu to be a delicacy, but it must be prepared by a specially licensed cook who knows how to remove the poisonous organs.

Nopales (prickly pear cactus) (Mexico City)  Strangely enough its is quite delicious and good for breakfast.

Basashi (horse sashimi) (Japan) - After eating grasshoppers and baby bees you can also try some thinly-sliced raw horse meat, although horse meat is also quite popular in France and some other Mediterranean countries. 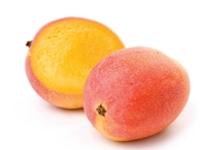 Do you like Mangos?
Though its a tropical fruit, there is an abundance of Mangos available in the fruit shops here. Have you tried them?
Grape or Wine Harvest?

Some foods can kill