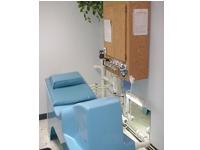 Better out than in

A good nightĀ’s sleep should have us waking up full of energy, but if you always seem generally tired and your overall wellbeing does not feel so good maybe you should think about cleansing the inside of your body and restore the equilibrium.

Judy and Helen, both qualified Nutricianalists (Dip Nut Med), who run Nutri-Cleanse, have both suffered from debilitating health problems but after discovering and experiencing the benefits of colonic irrigation, they were inspired into opening their own clinic, offering the public not only colonic irrigation but also the natural extension of lymphatic drainage and food intolerance testing. Obviously the first thing that comes to mind when talking about colonic irrigation is our daily constitution with constipation being one of the main problems people suffer from. Other problems that can be improved with this system are Irritable Bowel Syndrome, Skin Problems, PMT and Insomnia, to name but a few.

Over the years we have heard of famous stars swearing by colonic irrigation and how their energy levels have been increased and their sense of wellbeing improved. One of the most famous people, dedicated to colonic irrigation, has to be Princess Diana, who suffered from anorexia, headaches, tiredness, allergies, depression and candida. She claimed it certainly worked for her! In fact the tabloids at the time claimed that the secret to her healthy slim figure was giving her body a Royal Flush!

Other celebrities include Dr John Harvey Kellogg, the famous surgeon father of KelloggĀ’s Cornflakes, who, after performing 20,000 colon surgeries, created KelloggĀ’s cereal as an aid in colon function. Mae West Ā“Come up and see me some timeĀ” could not go a day without her morning treatment and other stars who acknowledge and agree with the benefits of colonic irrigation include John Lennon, Demi Moor, Kim Bassinger, Goldie Hawn, Janet Jackson and James Coburn.

Judy and Helen have created a very calm and laid back atmosphere in their clinic, people need this when they first come into what could be an embarrassing situation. They have the knack of putting people at ease and explain everything that is happening and is going to happen with absolute discretion. The equipment they use is the latest custom designed unit from the USA and, prior to it, clients can relax on a Zen-Chi massage machine to achieve total composure and complete calm. 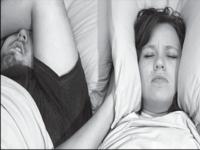 Snoring Ā– A Living Hell!
Life is good, the climate is great, everything should be perfect, but Ā… you are shattered because your partner snores all night.
Would you really like to stop smoking?

Stop your child from becoming overweight!