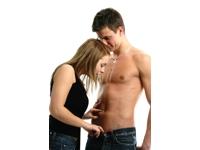 Annoyed with unknown spammers? At least do something about those you can identify and help to clean up the act.

I wonder what happened to Charles Booher, the computer programmer from Sunnyvale, California who, in November 2003, faced up to five years in jail and a $250,000 fine for threatening to torture and kill employees of a spam company.

Apparently he snapped after his computer was deluged with ads offering a larger penis and, presumably not requiring such an item at the time, he launched a terror campaign against the Canadian company threatening them with anthrax attack, offering to "disable" one employee with a bullet and further torture him with an ice pick and power drill. He then declared he would hunt down and castrate employees if they failed to remove him from the company's mailing list. There's nothing worse than disreputable penis enhancement outfits besmirching the good name of the penis enhancement business by bombarding already-satisfied males with unwanted offers of donkeydom.

Response to Spam advertising is the lowest available in marketing strategy, however Spammers can still make a lucrative living even though only 50 in every million people respond to unsolicited commercial email. There is virtually no cost involved for Spammers but it costs the receiver time and possible loss of mail and business when his mail box is full of junk. A typical email message appeals to 50 people and annoys 999,950.

Brightmail chief executive Enrique Salem recently stated that scammers only need one in a million respondents to phishing emails to make the con worthwhile. While spamming costs are negligible the potential payoffs are "huge and very profitable", according to a paper by Andrew Leung of Canadian telco firm Telus.

Spammers are economic Net parasites and should be treated as such and it is getting worse while they operate with total impunity. The EU have issued a directive which is currently enforceable, but the Internet has no frontiers, so unless a common policy is adopted by all countries, especially the U.S.A. who do not seem willing to take a more serious stance, professional spammers will continue to have a field day while they are able to hide their identity.

But there is something we can all do in the mean time to prevent local spammers going further and becoming professional.
Austria, Denmark, Ireland, Italy, Spain and the UK have all taken steps to adopt the EU legislation (Directive 95-46-EC), which also requires firms using cookies to provide information on their use and an opportunity for users to refuse to accept them.

The legislation is quite clear:

In Spain you should contact the Spanish Data Protection Authority (AEFD) in Madrid at www.agpd.es (go to English Resources to communicate in English) their Tel.: + 34 91 399 62 00 - Fax: +34 91 445 56 99 or by mail at ciudadano@agpd.es you may find that they could act even quicker than their counterparts in the UK 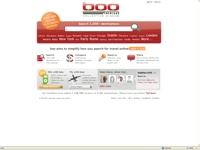 Creating an Online Business (4º)
Sometimes it is easier to see what not to do, than what to do. Indeed, it is often said, people learn more on the way down than on the way up. In this month's column we will consider some of the reasons why businesses fail
Jingle Bells, service sells!