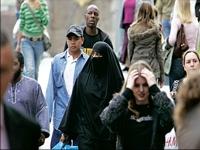 Â“Yet both are at the root of the massive emigration from the UKÂ”. Says Sebastian Polinares.

It was reported that Lee Jasper, who advises London mayor Ken Livingstone on race issues, said he wanted to see segregated schools set up because black children were routinely bullied by white teachers. Â‘I am going to organise black children, black parents and black teachers to come together to educate black people,Â’ he said. Â‘We need black schools where our children can study without fear of bullyingÂ’.

Had I said this replacing the word black with white, I would have been arrested for racism and labelled a member of the B.N.P. How come he wasnÂ’t? It was also recently disclosed that Â“A private school could become the first all-black state schoolÂ”. So why is it illegal to have an all white state school?

Shall I go on? Â“A teenage schoolgirl was arrested by police for racism after refusing to sit with a group of Asian students because some of them did not speak English.

Codie StottÂ’s family claim she was forced to spend three-and-a-half hours in a police cell after she was reported by her teachersÂ”. And then we have the violence: Â“Sophie Parks, 17, suffered cuts and bruises and had to be admitted to hospital following physical and mental racial abuse from fellow pupils on the Isle of Lewis in the Outer HebridesÂ”, while Â“Henry Webster, 15, was bludgeoned repeatedly with a hammer after being ambushed in his school grounds by a gang of Asian youthsÂ”.

Using religion as an excuse, Abu Hamza was jailed for 7 years after being found guilty of 6 charges of soliciting to murder, 3 charges of Â“stirring up racial hatredÂ”, 1 charge of owning recordings related to Â“stirring up racial hatredÂ”, 1 charge of possessing Â“terrorist encyclopaediaÂ”. All this after living off tax payersÂ’ money for 25 years plus the costs to arrest him, try him and keep him for the next 7 years.

Then again, Mr Salman Rushdie, described as self-important, pretentious, attention-seeking and ungrateful after costing the tax payer more than ÂŁ10M to defend and protect his tiny neck for offending Islam, is given a Knighthood for his services
to literature. What services and what literature?

People of all nationalities have immigrated into Britain for centuries, yet there has never been such a problem as now. Italians, Chinese, Jews and even Poles have lived in Britain in complete harmony for decades, quite happy to integrate and live a better life in a growing economy. None have asked for Chinese or Italian only schools, or temples and churches, or the need to wear kimonos at school or attempted to change Britain to suit themselves.

The trouble really started with the few; the few who for centuries have been responsible for the killing of millions in the name of religion and/or country. The Â“do goodersÂ” who want to be seen doing justice for the small ethnic groups Â“supposedlyÂ” needing protection from the native inhabitants, but creating a growing discontent and a widening gap between religions, colours and customs to the point that you cannot even sing Christmas Carols in a British school in Britain. I have never known a government to be as disloyal to its own people as the British Government.

It is as a result of this that current figures confirm that more than a million Britons have fled the country to lead new lives abroad since the turn of the Millennium, and while more and more people are quitting to live in France, Spain, Australia or America, fewer Britons are coming back from abroad to live at home than ever. I suppose that this must represent a substantial loss of tax revenue and I believe that, as money is always the root of all evils, the Government is content to replace the loss by condoning and protecting immigration (even when itÂ’s illegal ?), thus causing further rifts between the populations, not forgetting the obvious overstretching of educational, health and policing resources resulting in more discontent.

The level of immigration is now four times that of 1997 and, if these figures are right, the bulk of immigration is not from Eastern Europe which accounts for just over one in five. The real loss to Britain is in terms of trained and skilled labour and professionals who are now finding better prospects and fairer treatment with other governments, not accounting for the fact that the majority of the immigrants have very little to offer to the British economy but a lot to take.

A recent poll reveals that Australia is the most popular destination with 40% saying they wanted to move there permanently.
Spain, Canada, New Zealand and the U.S. follow in that order. A count of British passport holders published by the Foreign Office found sizeable expatriate communities in almost 100 countries.

Around 50,000 Britons are emigrating to Spain each year to start a new life in the sun. It was once the favoured retirement
location, but the average age of those setting up in Spain is becoming lower and lower, as more and more people take  advantage of cheap flights, low interest rates and a continuing property boom in resort areas.

A British ex-pat said: Â‘Put it this way - grannies donÂ’t get mugged here. If they drop their purses, the boys pick them up and hand them back.Â’ 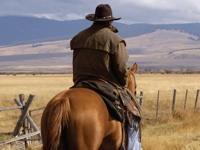 ItÂ’s local elections time in Andalucia! Who are you voting for?