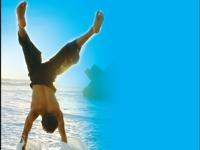 Tourism on the Costa is up!

As surprising as it may seem, figures confirm an increase of tourists this summer

At a recent press conference, the Costa del Sol Tourist Board stated that they anticipate closing the year in December with a figure of about 9.5 million tourists visiting to coast this year. An increase of 3% over last year.

They state that between June and August the total number of arrivals at Malaga Airport was 2,196,175 and increase of 6.5% over the same period the year before. The increase in foreign arrivals was declared to be 6.29%, particularly through low cost airlines. Holland, France and Germany, in that order were the main contributors to the increase.

As far as the UK is concerned, the main foreign strength on the Costa, there was an increase of 2.8% between June and August but a slight reduction of 0.24% in August.

Hotel occupancy seems to reflect these figures, showing a 7.8% increase over last year, with 76.5% occupancy, concluding that the Costa del Sol this year now holds second place in Spain for increase in tourism although the duration of stay has gone down to 3.69 days average, which seems to confirm what we have said in prior editions of Web Express Guide 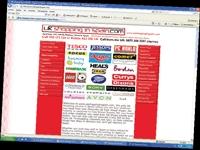 Virtual British High Street
Missing your favourite shops? Your favourite clothes and sizes? Anything special you are missing?
Ice Rink to remain closed

A Luxury Hotel for your Pets.

Wake up and smell the coffee!!