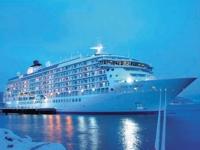 The best Magazine in the whole wide world. Or shall we say w.w.w.?

Web Express Guide is the worlds leading free distribution, uppest-market, life-style magazine ever to have been produced.

Launched over 8 years ago, Web Express Guide is now available throughout Europe, Asia, America and Australia as well as Jamaica. Web Express Guide is distributed in locations and establishments where youll find lots of discerning, affluent individuals with loads of money: ten-star hotels, luxury boutiques, the most expensive restaurants (not necessarily best food), top hair salons, VIP airport lounges, five-star cabins on cruise ships, at private members clubs and in sexy private villas and on board private jets and yachts.

We are also distributing at Cape Kennedys Space Shuttle Airport to make sure that passengers have something to read on their holiday trips to Mars, where only Web Express Guide Magazines are allowed in the bedrooms of every 5 star hotel on the red planet. Can you imagine the power of your advert in Web Express Guide when seen in every possible wealthy corner of the  niverse?  Youll be surprised at the queues of the richest possible customers that will especially come from Paris, New York, London, Tokyo and Jamaica to buy your exclusive lines and services from your shop in Marbella.

Do you really believe everything you see in print because it is in print? No? So how come you believe all the c..p that some publications tell about themselves? Is it perhaps because its what you hope to hear? The  above description is very similar to one made for real by a publication about themselves, we have just added the parts that highlight the fantastic imagery and incongruous juxtaposition of the statements.

One thing is certain, this is not how the consumer perceives it because if your story (advert) is in a fairy book then it is perceived as a fairy story. Readers and consumers are not that naïve! They might have been once but not now, they have had enough of cheap lies wrapped in plastic, designed to exploit them.

Fortunately there is a lot more to publishing than generally believed and it actually takes quite a bit of capital, thats why so many publications keep coming and going. One might get away with acting as a mortgage broker working from the bedroom in the house, in fact even some estate agents are doing so, as well as other trade or professions where minimal capital is needed, but this cannot be the case with publishing.

What is it that attracts so many to what is an inevitable failure? What is the fascination behind it all? Do people really think that they can turn into Rupert Murdochs overnight by producing some cheap printed matter and distribute it free on the Costa?

The underlying factor is that yet again, in our own fashion, we have just told the truth. Will you believe it?

What is really certain is that if its true, entertaining and informative youll only find it in the pages of Web Express Guide, we are truly unique! No plastic wrapping! 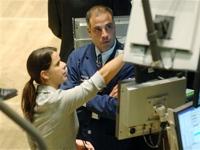 New jobsite dedicated to the Costa del Sol and Gibraltar
Ambient have satisfied many clients in all sectors and found opportunities for hundreds of job seekers with their pro active recruitment methodologies.
A unique business opportunity

Become a legal resident of Spain and still avoid taxation