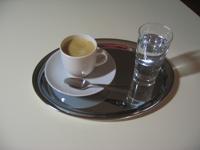 Wake up and smell the coffee!!

To say that the tourists this year are spending less is a sweeping headline statement that does not reflect the true reason for what is a serious problem that may take some time to resolve. It may be truer to say that they do not spend as much as we want them to.

Up to some six years ago, I could take my whole family of five for dinner to a Spanish fish restaurant/bar right on the sea front and I would even get somechange out of 5,000 pesetas (about Ā€30), includingdrinks. Today, six years later, at the very samerestaurant, with the same plastic table & chairs,the same cĀ….y service and the same menu it costs more than 30Ā€ for much smaller portions just for one of us to eat the same choice. This is equivalent to an increase of 500%! Where else, anywhere have incomes gone up by 500% in the last 6 years?

It is not quite right to say that tourists are tightening their belts, that too perhaps to some extent, but what do you expect when everything is so much  more expensive? Anyway they do not like being taken for a rid, and I am referring to the Spanish tourists, because the many typical foreign tourists this year have really gone elsewhere. There may be greater traffic at the airport, but that does not mean that they are tourists, they may just be residents going and coming for short stays, their friends and families visiting, or visitors staying in purchased apartments. We know for a fact that the tour operators for Spain have experienced one of their worst years.

Traditionally, Madrilenians and other Spanish holidaymakers choose the Costa del Sol as their preferred place to spend their holidays, they normally would rent an apartment to accommodate a couple of families for a whole month. Now apartments are much smaller, cannot accommodate an average than more than 4 people and they cost a minimum of 1000 euros per week at the height of season (a minimum of Ā€250Ā€ per person per week). As a result, although they still do come to the seaside, and you can see this when you try and park you car, they can only stay less time, spend most of their stay on the beach and buy all their food at the supermarket. It does not mean that they spend any less, they actually spend more and they have got wiser placing a limit on how much they are willing to give away.

As far as foreign tourists are concerned, what you see around are a lot of residents who, this year, have stayed behind or only gone home for short periods because their own cost of living on the Costa has gone up. The wealthier tourists will always come and stay at the more expensive locations with higher quality service; it really makes no difference to them, although they do equate cost v quality of service. As a matter of fact their price levels have actually not gone up that much and in many cases gone down.

The hordes of foreign tourists, the real holiday makers, the package tours subscribers, well they have mostly gone elsewhere, where it is cheaper, where they are better welcomed and where they get spoiled for service. ItĀ’s now cheaper to go to Florida for 2 weeks, which would you prefer?

So why are the prices higher and why the residents have not gone on holiday? May be thatĀ’s because the increase in wealth in bricks and mortar value has resulted in greater borrowing and larger repayments, made worse by the higher interest rate. This means that it is the residents who are shooting up the prices and tightening their belts. Do not blame the tourists! 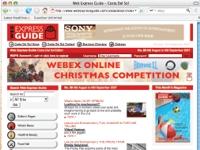