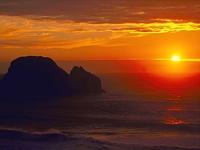 The real millennium starts here. Whilst  I hope that you had a wonderful time at all the "millennium" parties at the end of 1999, I am sorry to tell you, but  the reasons for the celebrations were wrong. I agree, that's no excuse for missing a good time.

I suggest that you arrange your own party for the end of the year 2000, so you can celebrate the REAL start of the New Millennium. The beginning of the 20th century was celebrated at the end of 1899 and then again at the end of 1900. No doubt, the same thing will happen this year, so expect another big celebration for the new century and the new millennium at the end of December 2000. Pagan souls just love celebrations!

A New Year. A New Century. A New Millennium. Of course all this is nonsense for several reasons. Firstly, the year 2000 is not the beginning of a century nor that of a new millennium in any known calendar system.

So when does the new millennium begin?
If you put this question to 100 people, probably 99 of them will answer:- "On January 1, 2000." It's wrong! A century consists of a hundred years and a millennium consists of a thousand years, unless they started counting the years from zero (a number that Romans were not even familiar with and had no way of representing in their primitive numbering system), then the first century consisted of the years 1-100 and the first millennium from 1-1000.

The new millennium, as defined by the Gregorian calendar used in most of the world, actually begins on January 1, 2001and not January 1, 2000. This means that all of the "millennium" fireworks at the end of 1999 were one year too early! Why the confusion? Apparently, it is because it "sounds right" that a century or a millennium should begin with a nice round number like 2000. But a quick look into the past shows us that is incorrect.

The second millennium consists of the years 1001-2000 and the third millennium will consist of the years 2001-3000. Similarly, the 21st century will run from 2001-2100. (Of course, minor mathematical inconvenience will not deter any dedicated party-goer.

Some History: Our current calendar system may rightly be considered a historical accident. If you want to blame someone, blame the ancient Romans. Around the year 525, the Roman monk Dionysius Exiguus was working out a list of the dates for Easter. In the course of his work, he also reckoned the birth year of Christ, and designated it as 1 AD.

What is alarming is that when you point out the mistake, many,  even most people, cannot bring themselves to think about it, preferring "intentional ignorance" instead.

Who will see the first sunrise of the new millennium?
If you were chasing off to the International dateline at the end of 1999, then it probably was not you.
While there has been a lot of speculation about which country will be the first to see the sunrise on the new millennium, most people still have the date wrong. Because the Gregorian calendar starts with the year 1AD, 2000 years will pass as the clock ticks into 2001. The standard by which all World Time is set was agreed at the 1884 International Convention in Washington DC, with Greenwich, in England established as the Prime Meridian (Zero Longitude), the Meridian Line.

Although the Meridian line crosses the Arctic and Antarctic, the only countries it encounters are shown on this map.  From the North Sea through England by way of Greenwich in Greater London, the Line heads from the English coast to France. Through France the Line manages to miss all the major cities but meets the border with Spain at the breathtaking mountain watershed called the Cirque de Gavarnie.  In Spain, as for France, no major cities are traversed and the Line crosses the coast near Benidorm, heading for North Africa. After missing Oran in Algeria, then slicing right through Gao in Mali, the Line meets the sea near Accra in Ghana. The third millennium officially starts on 1st January 2001, at Greenwich -

Sunrise on Jan 1:
At midnight on December 31st in Greenwich, the Sun will be rising in the Indian Ocean. Anyone along a line that runs through the Nicobar Islands will experience the first sunrise of the new millennium at 00 hours UT, 2001. While London has its place in time assured, other countries have even been stretching the international date line in order to be the first to see the new millennium on local time.

Because of this eastern bulge in the International Date Line, Kiribati claims that Caroline Island will be the first point of land to see in the new millennium. Unfortunately the Sun does not rise here before it does in the Antarctic, much further south. Caroline Island is actually an atoll of 22 small islets protected by a very shallow reef and is about as hard to get to as the Antarctic; you will probably need to go in by seaplane.

I hope the new millennium brings you good luck and that fortune you always wished for.
Whatever you do, sunrise or not, forget the details and have a wonderful happy and prosperous New Year. 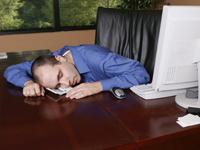 Looking for employment?
Sit back for a moment, close your eyes and imagine having to go back to live and probably even work in the U.K.
The local elections are now well and truly over!

Its local elections time in Andalucia! Who are you voting for?

English is not a reference in andalucia.