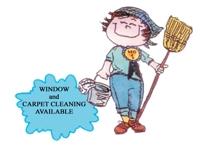 The quality of dotcoms service is most important

Even as far ahead as a good six weeks to Christmas the purveyors of surveys and studies were feasting already. Day after day, we've seen a rash of survey reports and analysts' predictions on the online Christmas shopping season.

As usual, none of the surveyors or the analysts could agree on anything. Actually, they did  agree on one thing. This holiday shopping season may have proved very profitable, somewhat profitable, or not at all profitable for online retailers, depending on the report you read, but the deciding factor and one that all the analysts agreed on was to be the quality of the customer service offered by the dotcoms.

If I had the chance, I'd just love to ask a few dotcom retailers to pretend they owned actual grocery stores located on Main Street, Anytown, USA. Then I'd ask them to take the following quiz:

If those dotcommers didn't answer 'No' to all of the above questions, I'd tell them to shut down their websites and embark on different careers. There are fundamental rules of customer service that apply whether you are selling hotdogs from a street stand or top-of-the-range wide-screen televisions from a retail website.

The most important rule of customer service is that the buying process should be made as quick and easy as possible for customers. Frustrated, annoyed customers are not going to come back to your store.

A new study from BizRate showed that three-quarters of US online shoppers abandoned an online shopping cart at least once during the summer.

This statistic is bad enough in itself, particularly considering that 21 percent left the cart because of slow-loading pages and over 40 percent stopped shopping because some expensive shipping charges were revealed only at the end of the transaction. Worse again, however, is the fact that 25 percent of those who abandoned carts went back to purchase the product from another online retailer.

In the wonderfully titled report 'When Bad Things Happen to Good Shoppers, the Yankee Group identified the top five reasons why US consumers are reluctant to shop online. They are:

Online retailers can't help it if consumers in many instances like to see and touch actual goods before buying, but they can help it if their sites don't seem legitimate, secure, and easy to use. They can also have an easy returns' policy.

At least all those shoppers surveyed by BizRate and Yankee did not live in Europe, where Andersen Consulting says that online shopping is a year behind the US! According to Andersen, about a quarter of all completed online orders placed in spring 2000 were never delivered "for some reason." For some reason? For what reason? Did the driver of the delivery truck get lost? Did the retailer decide the customer would be better off without those goods? Order fulfilment on this scale of shoddiness shouldn't be tolerated by any consumer.

Interestingly, there are signs that the appalling customer service experienced by online shoppers over the past few years may be having an effect. A slew of dotcoms have shut up shop in the past year and the shakeout is probably not over. New figures from Nielsen NetRatings show that last month's expected boom in traffic to retail websites would not happen yet. There was zero percent growth in traffic to those sites  while the period last year saw explosive growth as curious Internet users began to research their Christmas  shopping.

According to the various reports, High Street shopping in the UK reached record figures this Christmas with people spending an average of 400/500 pounds.

In my opinion, the end of the Internet transition period is getting closer, the boys are being sorted out from the men, it happened on the High Street, it is happening on the Net. And, with the introduction of stricter consumers protection measures, which also did in their time apply to the High Street, I do not have the slightest doubt about the impending shopping boom on the Internet. It will happen.

In order to ensure survival through the new year, online retailers need to focus completely on customer service. A happy customer is a loyal customer and is also the best advertisement for any retailer.

N.B. The web sites illustrated within this article have been taken from the Internet at random for the sole purpose of  illustrating examples of the many shopping sites available. There is no connection or implied suggestion between the article and the illustrations 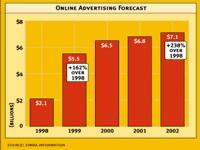 Banner Advertising
Banners are adverts placed on websites.
Who is Wolly?

Xmas in the fourth dimension