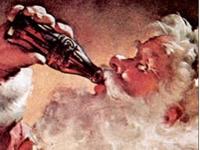 Xmas in the fourth dimension

online commerce is the future

The greatest event that happens every year, in December, is Christmas. A tradition that is celebrated by all Christians all over the world, in both hemispheres. Commercial enterprises have been quick to jump on the band wagon and turn this event into an opportunity to boost sales; so, Father Christmas was invented. In Spain the Three Kings and in Italy La Befana, celebrated on the 6th of January, just to boost sales a bit further.

Of course, this is also when prices go up. People have to buy! And, it worked! To maximise the bonanza naturally the intake of stocks had to increase, often resulting in surplus stocks at the end of the spree. Such surplus represented a fair chunk of the profits that would have been made had the lot gone, therefore it became essential to invent the January sales. Bargains, bargains everywhere. This also worked and, I dare say, it is still working to some extent, but there is very little doubt that it has all backfired.

The spending public realised that if they waited until the January sales, they could purchase the same goods 30% to 50% cheaper than in December. I would hazard a guess and say that this gradual process of realisation probably started to happen in the late 50s. More and more members of the public now buy their Chritsmas presents early, 12 months early infact. As a result, it has become quite common these days to see sales starting in December. The end of the high price Bonanza has been marked!

Of course it is still a tradition to come up with the Xmas present. Id hate to find out what would happen if my wife or children did not get their presents, just as I would be upset not to get something from them. On the other hand the circles have narrowed somewhat and the hurt of not receiving a present  is now mainly felt with close members of the family, but even that is beginning to show some signs of erosion within the masses, as  trends keep changing and old traditions die. It would seem that now people spend more money on travel and leisure rather than seasonal presents. Fun is so much better!

Is this the end of Christmas? Probably not Christmas, but certainly the end of the seasonal retail bonanza seems to be here. It does make sense does it not? You may well be asking what I may be leading to and that is quite simple: Now its Christmas every day! 24 hours a day, 7 days a week and 365 days a year!

Does this make up for the loss of the seasonal bonanza? I should say! The sooner it is realized the better for all concerned!

Lets start by saying that while we associate Xmas with winter, cold and snow, in Australia the Xmas tree is on the beach and the Xmas lunch is a summers B.B.Q. by the swimming pool. This means that the shop that sells swimwear in Marbella can still keep its sales up by broadening its horizons. When its 11 pm in Marbella, it is still 1 pm in Hawaii and already 7 am in Tokyo (the next day).

This is exactly how the Internet is and will be changing everybodys way of doing business. 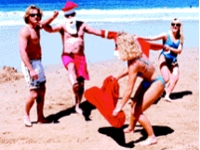 You may call it science fiction, you may say it will never happen to you, but it will. Why should anyone buy a diamond ring from a local shop when he or she can get the same thing, with more selection and possibly even better somewhere else? Where? on the Internet of course! Personal attention and service is relevant to some extent, but it wears thin when weighed against the other advantages.

This applies to anything, We have seen it happening with services and it is now rapidly extending to goods. The consumer these days is far more educated than it has ever been, Whereas it is traditional to expect a personal service from a car showroom salesman, now people think nothing of buying a new car on the internet, just to get it cheaper, quicker and in the colour they want.

To compete it will be essential to hold more stocks, better quality and prices, more selection, faster delivery, better terms, better trade marks and so on.

I could even paint a gloomier picture for the retailers in the High Street: the well known Brand names can now supply the consumer direct, bypassing all retail overheads and profits.

Any one can now have a web-site, it costs very little to set it up, and with not a lot of effort, even the design can be home made. Some I.T.s even offer free space to have a new client on board.  It really is that simple!

Cutting down on overheads to such an extent, not only increases the profits percentage but it also enables to be extremely competitive in the eyes of the consumer.

The moral of the story? There isnt one! Just wake up to the new trends, the fourth dimension is here and it is here to stay! 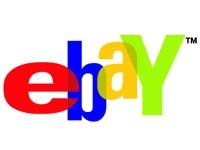 Creating an online business (Part I)