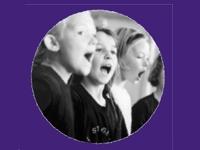 An interview with Simon Law, the proprietor of the Stagecoach theatre school for children on the Costa del Sol.

Stagecoach Theatre Arts is a well established part-time theatre school for children in the UK with schools in America, Australia, Germany and since April 1999 they have reached the Costa del Sol. They  are currently running schools in Marbella, Sotogrande, Gibraltar and in Fuengirola from January.  In view of the international aspect of this enterprise, we have assumed that the Internet might be playing an important role within the organisation. With this in mind we have asked for an interview with Mr Simon Law, the Principal of their Spanish arm.

Q.- Mr. Law what made you decide to bring Stagecoach to the Costa del Sol?

A.- Well, it was all very much of a coincidence, having been involved in the Stagecoach Agency in the UK casting children for films, West-End shows, commercials and so on, I simply asked if it might have been a good idea to introduce franchises into Spain.  To my surprise the idea was well received and here I am, now running schools here on the Costa. It was a bit of luck that my wife, a professional teacher, also found a teaching position at the School in Sotogrande.

Q.- As you may have gathered, it is the international aspect of your business that appeals to me and I would like to know if in fact it may be true that the Internet has played a role in the growth of the school?

A.- We have a huge website and anyone can investigate all the different schools throughout the world and e-mail applications for registering new students. Over the last year I have probably had some 20 enquiries, a high number of which have resulted in children joining the schools.

Q.- How do you rate this? Say, for example, with the UK. Have they got the same sort of response or is it higher?

A.- I am not sure of the exact numbers but I am pretty certain that they are much higher.

Q.- Why do you think that is? What might be the reason for the lower usage of Internet over here?

A.- I think that over here people do not have the same amount of home computers as in the UK and I think it takes people a little longer to get used to the idea of using the Internet.

Q.- Are you saying that we are behind the UK? If so how far behind are we, here on the Costa? In your opinion of course!

A.- In my own personal opinion, I feel we are about 5 years behind the UK. Which is not a bad thing because it does mean that we have a lot of scope ahead of us. If the rate of growth of the Internet in the UK is anything to go by, it does mean that a lot is yet to happen to everyones advantage over the next 5 years. 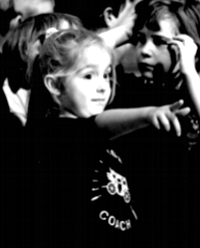 Q.- That is what most people say. Do you have your own site here or are you part of the main site in the UK?

A.- We are part of the site in the UK, but I am planning to open a Spanish based site in the near future.

Q.-Why is that? Is it not better for you to be represented within the large site that you described earlier?

A.- Yes, of course it is, but what I am planning is to have a link from the main site to a more personalised site here in Spain. This will then enable me to provide a site which is more interactive with the people of the area that it represents. For instance, I would like to provide instant access to video exerts from our recent productions, such as Grease, Bugsey Malone, etc., so that people can view for themselves the quality and confidence of our students.

Q.- That is very interesting. Do you mean you put on performances with the children? If so, where?

A.- Yes, that is absolutely right. We usually use Aloha College because they have a reasonable stage. I think the children would do very well even outside a school environment, but unfortunately it is difficult to find the right sort of venue. Believe me, they look quite professional and they are very entertaining.

Q.- I suppose it must give you a sense of satisfaction to see your children performing so well as a result of the Stagecoach training?

A.- Bearing in mind that the children only come to the schools for three hours, at week-ends, the standard is extremely high. Running a Stagecoach school has to be one of the most rewarding jobs going. It is not just the satisfaction of seeing these young children performing like professional little actors, it is a greater satisfaction to see the parents faces light up up with a mixture of pride and surprise at what their offsprings can do.

Q.- How do you see Stagecoach developing. Are you pleased with the progress so far achieved in the short space of time? How far do you think it will reach?

A.- Once the school is open in Fuengirola, the next step in my program is to open a school to cater specifically for the Spanish children. Once this is up and running successfully, then we shall be in a position to sell franchises all over Spain . This will  broaden the horizons for sharing the pleasure the schools give to students as well as parents, the teachers and the franchisees.

Thank you, I hope that it all goes as well as you wish for.

Your childs education in Andalucia
On its 10th anniversary, Mayfair Academy with luxury premises set on some 4000m2 of mature gardens now has a lot more to offer.
University? Why go back to UK?

The First Seminar in Spain for the CYQ Fitness Instructor Certificate