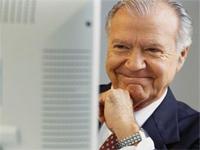 Spain is still a good investment.

Ā“But the fraudsters must be plucked out, especially on the Costa del SolĀ”, says Sebastian Polinares.

House prices in Spain have doubled since the year 2000 with some 620,000 new properties being built a year, a rate which is four times greater than in Britain.

The availability of equity has encouraged the Spanish to borrow like never before, with the result that the national household debt is estimated to stand at over 120% of income.

Rumours about the weakness of the Spanish economy have been going around for sometime, combine this with the various scandals which have come to surface nationwide and as a result you get long queue of experts predicting a Spanish doomsday.

However, this is probably too quick a conclusion to reach. So far we have not seen the predicted crash Ā“round the cornerĀ” but this year we have experienced a drop in annual price rise from 9.1% to 7.2% in the first quarter, the lowest rise since 1999. A drop, yes, but nevertheless itĀ’s a rise all the same. In fact, the property market has seen prices increase by an ever falling level for the last three years now. This is a sure sign that the economy is slowing down to a soft landing and not a sudden crash from a great height.

It is expected that Spanish GDP growth is slowing to around 3.2 per cent this year. This entails a marked slowing in the average quarterly GDP growth rate to 0.7 per cent from last year's 1.0 percent.

The moral of the story is quite simple really, remove the fraudsters and the economy will return to a Ā“normalĀ” manageable level that everyone can enjoy. It seems to be happening, I hope that the clean up will go all the way and remove those that have profited at the expense of innocent buyers. 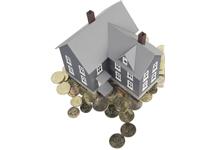 Tax changes affecting offshore companies with property in Spain.
For some time now I have been advising on the dangers of owning assets in Spain through an offshore company.
Working on your own Account

Equity Release Ā– how it has worked for some

The need to plan for Spanish Inheritance Tax