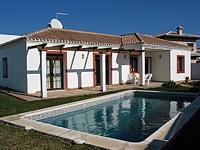 The legal aspect of selling a home in Spain

Selling a property of course is a lot simpler than buying, as long as you do not sign anything until your solicitor advises it, all you have to do is get your money before you part with the title of the property.

Valuations of property
You will have to decide the price to ask for your house.
The valuation can either be a low cost valuation carried out by an Estate Agent or it can be an official valuation, for which a substantial fee will be payable. The former type of valuation is usually sufficient.

The selling price shown on the contract
For many years there has, in Spain, been a practice of showing in the contract a price less than the actual price agreed for the sale. This can, initially, save both the Buyer and the Seller some tax, but it can lead to a lot of problems later. Not surprisingly, the authorities have tightened up on this practice. The price that should be declared is the full value of the property - discounting any sum received in respect of furnishings etc. The tax authorities have four years in which to challenge the declared price and to raise a supplemental demand for tax - plus interest.

The currency of the payment
You may usually receive payment in Sterling or in Euros in your country or in Spain. Since February 1992 the Spanish Exchange Control Regulations have been lifted.
You should also bear in mind that, unless you have bought your property before 1986, it is now the buyer's responsibility to lodge 5% of the purchase monies with the Spanish tax authorities on behalf of the Seller. This responsibility is the same whether the money is paid in Sterling or in Euros. The tax authorities retain this deposit until they have assessed the capital gains tax, that are owed to them by the Seller. Once the Seller's tax position has been assessed, any surplus monies should be returned to the Seller. The authorities may take up to a year before returning any money.
Therefore, the Seller should take into consideration that he/she might only receive 95% of the agreed sale monies when negotiating the sale price with a prospective buyer.

The conveyancing process in Spain
The system in Spain is in many ways very different from the British system although some parts of the two systems are similar.
The first and most important thing to say is that you should NEVER sign ANYTHING until you have sought independent legal advice.
Once you have instructed your solicitor, and shown him your Escritura as evidence of your title (Title Deeds) he will confirm the title of the property and, in most cases, prepare a preliminary or, as it is known in Spain, "private" contract to transfer it into the name of the buyer. This will be drafted so as to protect your interests. When this is signed you will, typically, receive 10% of the agreed price as a deposit and agree a completion date. At this point NO GOZUMPING, of course you may change your mind, but doing so may cost you a penalty such as refunding twice the amount of deposit received.
Once this has been done, it is necessary for the official Contract/Conveyance ("the Escritura") to be prepared and then signed before a Notary Public in Spain.
The Notary is a public official who is there simply to put on the public record the fact that this document has been signed in his presence and understood by the parties concerned. He is not there to advise as to whether the document is valid or fair and he is certainly in no way there to protect either your interests or the interests of the person buying the house.

Power of Attorney
Usually it is necessary for the person selling the house to attend in person before the Notary but, if this is inconvenient, arrangements can be made for a Power of Attorney.

What about all the bits and pieces?
You will probably wish to have the electricity, water and rubbish collection charges transferred from your name. You will need to notify the Town Hall that you no longer own the property. You will need to make your Spanish tax declarations in order to recover any unused balance of the retention paid to the Spanish tax authorities.

The Cost
Charges for normal legal work involved in the actual sale of a property range from 0.3 to 1.0% of the price of the property.
Other payments will normally need to be made on your behalf:

1. Plusvalía - a sort of municipal capital gains tax - has to be paid. Sometimes this is to be paid by the Buyer and sometimes by the Seller, depending on what was agreed between the vendor and the purchaser and stated on the contract. The amount of such tax depends entirely on the particular circumstances of the property in question and cannot be predicted with accuracy.

2. There are usually some other, relatively modest payments that will have to be made on your behalf. These might include, for example, fees for a search at the Land Registry.

3. Also the cost of any surveyors fees, bank charges and the like levied in respect of your particular transaction, including Spanish VAT will be passed on to you.

Any defects of title or other irregularities in the transaction may represent extra costs.

Ask for your rights when Buying off-Plan - Part I