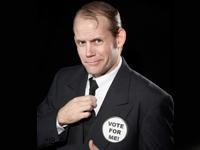 Noticed any difference? No? Nor have I!

So what happened, after all that racket every day for the 10 days prior to ballot day? It looked like a competition for the greatest level of noise pollution: No wonder Spain is the second noisiest country in the world after Japan!

I mean, is this how its done? The noisiest wins? I dont know about you, but as far as I am concerned, the noisy parade of cars hooting their horns without interruption for time on end is a display of a very low level of intelligence. Lets hope they are not the ones who have been voted in.

Anyway, its over two weeks since the elections and no-one seems to have heard anything different. Are they still celebrating or are they trying to tie up with the highest bidder? I suppose we shall soon find out.

Meanwhile lets hope that all expatriates have done a proper job in voting for the most sensible candidate, whoever they think he or she is.
We really need to start looking for some radical improvements all round.

We now need to show that those who have committed fraud are actually punished; this is to serve as a deterrent for others and at the same time re-instate some credibility with investors.

We need to tackle the noise pollution created by motor bikes, by music outside hotel rooms and by noisy bars in the centre of towns.
We need to provide adequate parking facilities for the residents. I am quite tired of parking my car in the next town. Enough with using the lack of parking spaces as a good money earner for the council.

We need to provide an adequate level of education complementary with the century we live in and not education provided by retarded villagers too set in their ways.

It would also be nice if the foreign residents of the Costa del Sol would get some recognition for their contribution to the local economy and not get told to go home if they dont like it. What would actually happen if they did go home? Well we are seeing a slump in property sales and prices because some have actually done so and others are no longer coming. Can you imagine what it would be like if we all did go home?

They may use the excuse that in most places in Spain they still have a village mentality, that would be all right if they charged village prices instead of the over inflated prices aimed at putting off the tourist.

Dont get me wrong, I would not be saying this if I did not like the lifestyle I enjoy here on the Costa. Its a combination of climate, fiestas, local people, ambience and so on; I consider it my home now and I do not even think of going back and that is the very reason why I want to see the improvements with an influx of new people bringing more wealth to the economy. 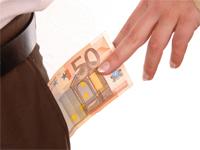 Its local elections time in Andalucia! Who are you voting for?
Remember you have a right to vote and you can make a difference for the better.
English is not a reference in andalucia.

In my opinión: Rumania or bust!