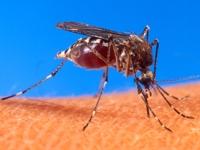 Keep an eye out for some of these creatures; they could give an unpleasant bite.

Spiders
There are more than 1,700 species of spider in Spain but only three are in way harmful to us. The most dangerous is the black widow which gives a medically-complex and painful bite though it is not fatal. They are commonest in Valencia and Andalucia, and they are a problem in the greenhouse estates of Almería.

Old world tarantulas (wolf spiders) are found in arid zones such as Los Monegros in Aragon. Their bite can be painful but not dangerous.
Finally, the Mediterranean recluse spider ( Loxosceles rufescens ), though less toxic than its African recluse cousins, can give a painful nip.
I should also add the Zebra Jumping Spider because it is very common in most households and although it is not in its nature to bite, it can do so with a result no more excessive than a bee sting.

SCORPIONS
The commonest scorpion in Spain is the Mediterranean scorpion (Yellow Scorpion) and though its North African cousin is more dangerous, it will still give you an extremely nasty sting. You might want to think about wearing boots and thick socks if you plan to hike in dry rocky areas (most of wild Spain) as they are by no means rare. The European black scorpion is also present in Spain, preferring more northerly and wetter areas. Its sting is short-lived. Scorpions have a bent for resting in your shoes, so be careful.

There is also something hideously common called a Megarian Banded Centipede (Scolopendra Cingulata). It's black and yellow, grows up to 9cm long and will give you a very nasty sting.

Mosquitos
The first colony of tiger mosquitoes has finally been detected in Spain, Barcelona. Mosquito experts have been expecting the insect to reach here for some time. It has been spreading across Europe and reached Italy and France in 1990. Robert Eritja an entomologist explained that the insect poses no public health risk, but it is extremely aggressive, attacks by day and gives intense painful bites. It lives in gardens where it breeds in stagnant pools of water. It cannot be eradicated but it can be controlled. 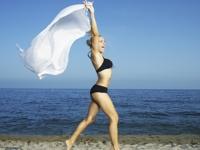 Getting started to be healthy
Do you ever wonder why other can and you cannot start and most importantly stick to a fitness regime, no matter how much you really ant to? Andrea Booth gives us some advice on how to plan a healthier life.
How to make wise food choices at the supermarket?

The importance of a healthy liver.