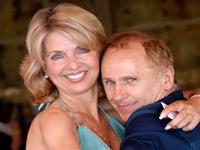 This month we meet Jayne Melville, a lady with a vast career in dancing, theatre and television. She appeared in Ā“HillĀ´s Angels, Ā“Hot GossipĀ” the sexiest dance troupe around at the time and the Ā“Kenny Everett Video ShowĀ”.

Jayne and her husband took early retirement in Spain some 16 years ago with their three daughters, then aged 4, 5 and 9. Unfortunately what was to be the idealistic lifestyle in Spain did not work out to plan because there is only so much golf one can play and boredom soon sets in.

Her husband missed so much his friends and his roots that he moved back to England on his own, but Jayne preferred to stay with her children and take up the challenge of opening a performing arts academy right here on the Costa del Sol. She soon realized there was nowhere for her daughters to follow on her footsteps as a Ballerina trained at the The Royal Ballet, so she started by teaching her skills at various International and Spanish Schools on the coast.

Her 3 daughters have all followed in her footsteps, much to JayneĀ´s delight. She now runs her own academy, the MHG Studio in San Pedro and her patron for the academy is her long time friend Wayne Sleep, who gives Jayne his full support. Pupils can study classical, tap, modern, hip-hop, flamencoĀ… you name it, and she does it, even drama.

In earlier days Jayne met Arlene Phillips a dance teacher in Covent Garden. This was JayneĀ´s chance to learn a Ā“new wave jazzĀ” kind of dancing! After learning every dance going Arlene sent her for auditions. This was when she met Benny Hill, Ā“a lovely, lovely manĀ”. Benny Hill lived and breathed his job, he really had no other life, Jayne tells us. She also worked with Dick Emery and Morecambe & Wise; they were all slightly eccentric, but Kenny Everett was totally whackyĀ….absolutely spontaneous!! 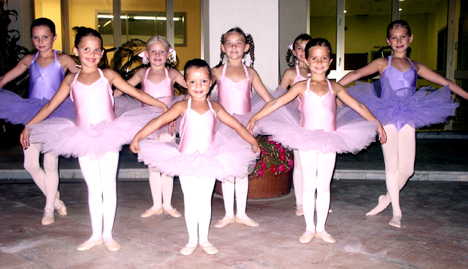 Jayne loves Spanish food, especially fresh fruit and vegetablesĀ…you can taste the difference. She really feels you should go with the flow if you want to live in Spain and certainly try and give something back to the community. In fact, every year her pupils put on a show for charity, but this year she wants to do something for them.  She is taking 40 children to Prague to a dance festival, which is an international cultural event sponsored by the Czech Republic involving workshops, historical trips, and many more events.

Jayne nurtures her Ā“childrenĀ” from the youngest age giving them the confidence needed to grow towards adulthood. She is also helping to switch Spanish people onto ballet, which is now so much more popular! If you would like to get in contact with Jayne please look up her website on www.performingartsacademy-marbella.com. 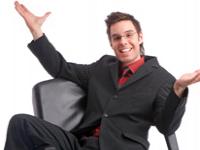 The Real Costa del Sol
It is high time that someone paid some attention and noticed that there are some Ā“Real PeopleĀ” here on the Costa del Sol.
Real PersonĀ’s Story