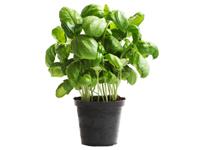 Bring in the Herbs

Most people who enjoy cooking will always have a supply of their favourite herbs. Here are a few of the most popular ones.

Fragrant and fresh tasting herbs can transform a dish from bland to tasty. Its just a matter of knowing which ones to use and what they are called in Spanish. Fresh and dry herbs can be found in most supermarkets or markets, and obviously there are always the dried varieties.

Here are a few of the most traditional herbs used in the kitchen:

Basil  Albahaca. The strong, clove like flavour is essential to many Italian recipes and it is paired most often with tomatoes. Basil is primarily used in sauces, pizzas, salads and pasta dishes. It is also the main ingredient used in pesto.

Bay Leaves  Laurel. Homemade chicken soup would not be homemade without a bay leaf or two. Don't worry about using the fresh herb, the dried version is usually all that is needed. However, overuse of this herb can make a dish bitter.

Parsley  Perejil. Parsley is a great all around herb. It quickly adds a touch of colour and texture to any recipe. The aroma and taste of parsley is very distinctive for an herb that is generally described as being mild and non obtrusive.

Fennel  Hinojo. The seed is similar to aniseed, but sweeter and milder. It pairs well with fish, but Italians also like to add it to sauces, meats & sausages. The spice comes from the dried seeds; the herb comes from the leaves and the stalk and root. Roman warriors took fennel to keep in good health while their ladies ate it to prevent obesity.

Thyme  Tomillo. Fresh thyme has the most flavour used whole, with the stem. Thyme is included in seasoning blends for poultry and stuffing and also commonly used in fish sauces, chowders, and soups. It goes well with lamb and veal as well as in eggs and croquettes. Thyme if often paired with tomatoes. 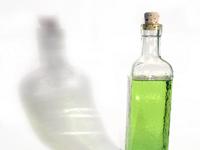 The Green Fairy
Favoured by Bohemian artists; Absinthe has a long and controversial history.
Easter in Spain