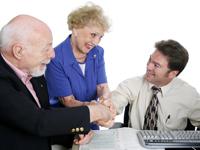 The need to plan for Spanish Inheritance Tax

Graydon & Associates highlight the need to plan ahead.

The very sharp rises that we have seen in property values over the last few years can bring mixed blessings for expatriates owning Spanish properties and in particular highlights the need to plan ahead for Spanish inheritance tax liabilities. There have been some minor changes to Spanish inheritance tax laws over the last two years but these only affect estates valued at under 500,000 and where the deceased and all the beneficiaries are Spanish residents.

Assets located in Spain will be taxed upon inheritance, by the Spanish State and according to Spanish tariffs, whether one is resident in Spain or NOT, and whether the deceased leaves a will or not. A resident of Spain, subject to the question of domicile, could be taxed on worldwide wealth.

The inheritance tax payable is the liability of the inheritor and cannot be taken from the deceased estate. Therefore, where a property is inherited, the property itself cannot be used as collateral security to provide a loan, nor can it be sold until the tax is paid. Furthermore, the tax has to be paid within six months of becoming liable or additional interest and fees become payable.

Another very important factor to be considered is that transfers between spouses are not exempt from inheritance tax in Spain. This can come as a very nasty shock to individuals coming from such places as the United Kingdom where this situation does not arise. Where a property is held in joint names, a substantial inheritance tax liability will arise on the death of one partner, and the property cannot be sold until the tax is paid.

The initial calculation of inheritance tax is based on the net value of the estate. There is a very small nil  rate threshold, and the rate bands range from 7.65% through to a top rate of 34%. For non Spanish residents it is calculated on Spanish sited assets only, but for residents it could be their wealth worldwide.

The inheritance tax liability reduces according to the degree of kinship between the deceased and the people who inherit. However, these allowances are low when compared to the recent increases in property values. Where the estate passes to direct family members such as parents, children and spouses, the allowance is only 15,957. It is half this amount for cousins, nephews and uncles, but it is nil for unrelated persons.

After the tax has been calculated, the pre-existing wealth of the heir and their relationship to the deceased must be considered. Someone already wealthy, and not related to the deceased, could see the amount payable increase to 240% of the amount assessed. Unrelated wealthy beneficiaries have been known to pay a rate in excess of 80%.

Inheritance tax can be a very serious problem, and a very costly one at that, even if funds are available to settle the tax. Examples of the amounts payable are shown below:

If an inheritor already has assets in Spain amounting to more than 400,000, the amount payable will be greater than that shown above.

However, with advice and careful planning the potential inheritance tax liability can be reduced substantially and in many cases mitigated totally. Do not make the mistake of leaving any action until the last minute, because you never know when this will be. 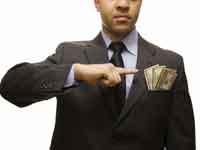 A brief introduction to trusts