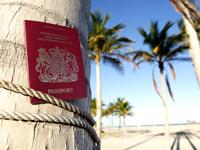 Your right to live in Spain, butĀ…

Spanish law requires every individual to carry an identity document to be produced on request by an authority at any time.

Martel & Urnieta solicitors clarify some of the salient points with regards to EU citizens.

All EU citizens, and that includes British Citizens, have as much right to be here in Spain as all Spanish nationals, however that also means that they are bound by the same laws as Spanish citizens and who are obliged to carry an identity document.

There have been some recent amendments to legislation mainly due to fraud cases, money laundering and illegal buildings that we have heard about. The law governing the regulations in respect of the right of entry/exit, free circulation, stay, residence, permanent residence and work in Spain is referred to as Ā“Real Decreto 240/2007Ā”. This also covers family members whose entry into Spanish territory will be permitted on presentation of a valid passport or identity document that verifies the nationality (family members with a non E.U. nationality will require a visa). Of course the following is just a summarized general version and does not cover the numerous exceptions and fine details.

RESIDENCE OF LESS THAN 3 MONTHS
In the case where EU Citizens reside in Spain for a period of less than 3 months, a passport or valid identity document are considered sufficient.

RESIDENCE OF OVER 3 MONTHS
EU citizens have a right of stay for more than 3 months, however they must report in person to an Ā“Oficina de ExtranjerosĀ” in the province where they intend to live or at the relevant police station and register on the Registro Central de Extranjeros and obtain a certificate. This should be done within three months of entry into Spain.

Family members residing in Spain must do the same. The application must provide evidence of their relationship (marriage certificate, etc) with 3 recent photos. A family card will be issued to the applicants and in the case of citizens of the EU they will be valid for 5 years, after which they need renewing. The rights to stay continue to apply to family members after divorce, death, etc. but there are some necessary requirements in the case when members are not EU citizens.

Foreign persons who wish to reside in Spain for economic, professional or personal reasons must be provided with a personalised number which will identify the holder and which needs to appear on any and every document that he or she signs in Spain.

The number is referred to as N.I.E. and the following procedures are to be followed in order to obtain it:

On request, the local Oficina de Extranjeros or Police Station, will issue a certificate to confirm the status of permanent residence. (Tarjeta de Residencia). All rights to a permanent residence will be lost in case of absence from Spain for a period in excess of 2 consecutive years.

In cases where public order, national security or public health is put at risk, some of the following measures can be adopted:

Expulsion or repatriation cannot be imposed to EU citizens: 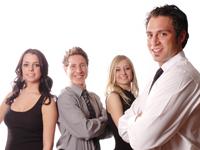 Ask for your rights: Buying off plan - PART 2