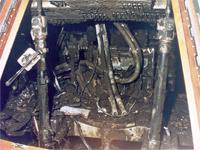 Â“If you don't think that your electrical supply is a live issue, then you could be in for one or two shocksÂ”,. says Jane Beale

When people first move to Spain they sometimes keep receiving small shocks from certain appliances with metal casings, such as video recorders, DVD players, PCs, lamps, and electrical musical instruments. After asking around, the more electrically astute begin to realize that this strange phenomenon is actually a common occurrence. It's time to be anything but neutral and get down to earth with a few facts on how to plug and play.

Most Brits who take holidays or reside here in Spain will have brought with them a plug adapter. The surprising thing is that this so-called universal continental adapter will not fit all sockets. There are at least four different types of electrical sockets in Spain and one of these has holes too small for some UK adaptors.

So what do you do when your hair-dryer or laptop that you have brought back from England will not plug into your Spanish socket? Most Spanish towns (and some villages) have the equivalent of an Ironmongers shop called a “Ferreteria” that may have an adaptor. This fitting may be rather too long and unsteady so you will probably need to support the weight of the plug in some way.

The two-pinned adaptors have no earth, and this really may start to matter when the appliance you are using normally requires an earth, although there are earthed sockets, they have extra metal strips at the top and bottom and the plug has a metal strap that engages with the metal strap in the socket. 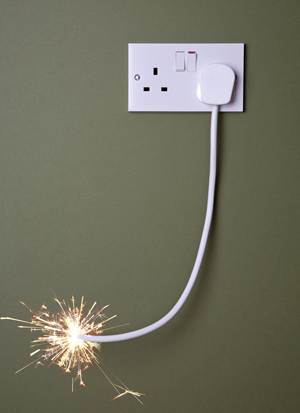 The two-pinned adaptors have no earth, and this really may start to matter when the appliance you are using normally requires an earth, although there are earthed sockets, they have extra metal strips at the top and bottom and the plug has a metal strap that engages with the metal strap in the socket.

With the two wire system used in Spain it does not matter which way you wire a plug or which way you plug in. But it is often found that electricians do not put in an earth wire for all of the circuits in your home. In fact, you may find the position of neutral and live wires differ between sockets in the same room, and the earth wire may not be connected to anything meaningful at the other end!

So if you are experiencing mild shocks from anything with a metal casing or exterior metal parts the simple answer is to find an electrician to install earth wires around your home.

I have read Jane Beale’s article with both interest and general agreement with regards to the somewhat unsatisfactory electrical wiring systems in our Spanish homes. I totally agree with regards to the effect of the lack of earth connections, especially with items which have metal parts on their outer casing. The “slight” shock being addressed may well be due to mains electricity when using components which we often touch, such as DVD’s, video recorders etc, but some of this may be due to the production of static electricity. Having said this, there is a problem which may well not be apparent. Anyone with a metal light fitting, especially chandeliers, may well not have an earth connection. Should there be a fault, then changing a bulb, when the system is switched on, may well result in a more serious electrical shock, unless, of course, you switch the light off first. How many of us switch a light unit off, with more than one bulb in it, before we change a failed bulb? Earth wires are extremely important for our safety and should be supported by an adequate circuit breaking system, even if you are using double insulated equipment. If in doubt, make sure!!!! The point I would like to make regarding the article is that it does matter which way round you connect live and neutral. I agree with Jane the two wire Spanish system will allow your device to work. Most systems will work no matter which way round you connect them, unless they are polarity sensitive. Connecting either way round will allow you to switch the device off and on, but where does the electric current stop and start? If the switch is connected to the live cable, then the current stops before it enters the device, but if the switch is connected to the neutral, the current stops after it has passed through the device. The latter case means, should there be a fault, that fault will still receive an electric current if it achieves a “short” circuit. A true story :- When my daughter was 6 and during the winter months, before she went to bed, we switched her electric blanket on for her so she retired to a warm bed. When she got into bed, we switched the blanket off. During the night, my daughter came into the bedroom saying her bed was getting hot. It was hot, in fact it was on fire. The fire was controlled by me partly due to throwing the mattress through the window. It is interesting to note it took the fire brigade several minutes to put the mattress out – so much for thoughts of controlling it with a few buckets of water. The fire inspector’s report revealed the wall socket had been connected the wrong way round, live to neutral and neutral to live, by a professional electrician, meaning that the blanket was “technically” live. Twisting and bending caused the internal wiring to short out, get hot and ultimately create a fire. So it is important as to which side the live cable is connected and it does matter which way round devices are connected. Finally, Spanish electrical systems beggar belief. As far as I am aware, they do not recognise ring mains thus mainly relying on spur connections. They connect lighting to mains sockets and vice versa, they have mixed circuits and use fuse systems which will allow too much current through the wiring. The fuse is there to protect the wiring and any device, it is not there to protect you, the earth system is supposed to do that. Glynn Robinson

Editor's comments: Dear Mr Robinson, Thank you for your information. I have informed Jane of your comments and I am sure that the other readers will also apreciate the advice. Kind Regards Editor 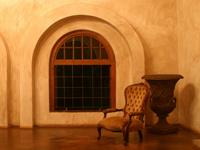