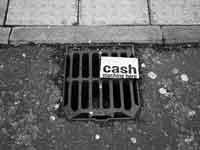 A word of advice from a veteran ex-pat on the Costa.

No one knows exactly how many foreign residents actually reside on the Costa del Sol, one thing is certain though, some 15 years ago, when I first arrived on the Costa, things were very different and the number of foreign owned businesses operating here were few and far in between and so were good offers of employment.

There was little choice then, to earn a living, starting a business was the best option. Those were real pioneering days! There was not much help from anyone and speaking Spanish was somewhat more essential than it is now.

Things have changed; officially, we still dont know how many English speaking residents live on the Costa, but if you happen to dial a wrong phone number, the chances are that, 9 times out of 10, it will be answered in English. Even the Spanish have learned that it pays to speak English.

The number of foreign businesses operating on the Costa has multiplied to the nth degree, many are professional companies, run by professional people, but many more are sole traders who have come here with the idea of continuing with the trade or, indeed, profession they left behind. Often such persons discover that things are not done quite the same way as back home and then embark on trades they know very little about.

Back in the Old Blighty one can get a lot of help from Trade Associations, Board of Trade, Chambers of Commerce and Institutes, here such help is non existent, not for us anyway.

Some networking organisations have spotted the niche in the market and have seen fit to create or import club like associations to bring businesses people together, get to know each other and do business.

Business people, especially abroad, feel insecure on their own and like the support of others, so they are prepared to pay to a group that gives them the feeling they belong.

It all sounds very good, unfortunately what must be remembered is that such organisations are exploiting that feeling to make money and that they do not offer the service and protection that members of a Chamber of Commerce or Trade Association would expect back in the UK. If it werent for the money there would not be so many of them all over the world.

I am speaking from personal experience. I did join a networking organisation and yes, I have done some business with one or two members (that is all), but I would have done the same anyway, perhaps even better if I had put the time and money to better use.

There is only one way to be successful in business here and that is to do and mind your own business. It has never paid to rely on others to do the job for you on the Costa, often even paying good wages, and it never will. I have tried.

If you are a professional person or tradesman who is worth his salt, you do not need to waste your time and money to satisfy your personal feeling of insecurity. Meet the people you want, socialise with whoever you want, even join a bridge club or some other club, there are hundreds of them, you will be better off and with much less aggravation. 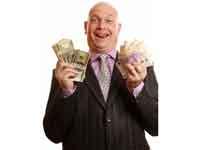 In my opinión: Rumania or bust!
The only good investment in property is a long term investment, says Sebastián Polinares.
Patrick, David and Andrew had a party, and George came too!

Local businessman to appeal and car for sale on Eboy?