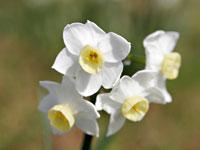 The birthday flower for March is the Jonquil

Jonquil is one of the plants whose name has been erroneously applied to some of its kin, clouding the issue of identity. Jonquil is one of the species narcissuses, collectively known as daffodils that were introduced into gardens from its native home in Spain and Portugal.

Jonquil flowers in March and April on slender stems about 16 inches tall. Each stem bears two to six fragrant, bright yellow blossoms that are roughly two inches in diameter. The cup of the plant is tiny, usually only about one-fourth as long as the petals of the flower.

Jonquil is the most fragrant of all the Narcissus species. Its scented hybrids can often trace their fragrance back to this species.

The leaves are unlike those of the typical daffodil. Theyre of a much darker green colour, round in shape with a groove down the upper surface. They begin growing from the slender bulb during the milder days of autumn.
The name Jonquil is derived from the Spanish word jonquillo, which is a kind of rush and refers to the rush-like leaves of the bulb.

The name daffodil comes to us from the Greek word asphodel, which was used to refer to any of several species of bulbous plants that bloomed in the spring. In Greek mythology, the asphodel was believed to cover the pastures of hell. When the word was introduced into England by Roman soldiers, the name was applied to the non-fragrant, single-flowered Narcissus we know today as the daffodil.

A Greek myth relates the story of Proserpina. Whilst gathering lilies, she was kidnapped by the god Pluto who carried her to the underworld. As Pluto carried Proserpina, she dropped the lilies and as they fell to earth, there they became daffodils, hanging their heads for Proserpinas sorrow.

In the Language of Flowers they mean Have pity on my passion and I desire a return of affection The flowers yield a sweet-smelling yellow oil and this is used in the south of France, in the manufacture of perfumes.
Being native to Spain, Jonquils do well here on the Costa del Sol and are easy to grow, plus with their bright colours and gentle movement they bring a splash of cheerful, early colour to the garden. 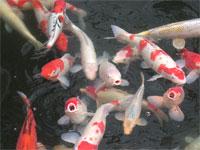