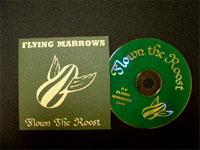 This month The Prickly Pair are honoured to have been granted an exclusive interview with timeless 60Â’s warbler Creepy Dee.

Although never number one in Britain, many of our readers, I am sure, will remember CreepyÂ’s massive hit back in the 60Â’s Flying Marrows, so successful was Flying Marrows, that the royalties from this one song, have enabled Creepy to maintain a magnificent 28Â” Deluxe Grand Pikey Caravan on the beautiful Mediterranean island of Majorca and enjoy a carefree life in the sun.

The music industry is one area that has always eluded me, to my ongoing chagrin. I did have a burgeoning career on the Karaoke circuit, but since the ASBO and restraining order, I have had to knuckle down with my journalistic calling. It was with great enthusiasm therefore, that I skipped off to my meeting with a real musician and a chance to chew the fat with one of rockÂ’s all time monsters.

Creepy certainly hasnÂ’t let the grass grow under his feet since his massive, but only hit, Flying Marrows and numerous ventures have kept the aging crooner busy during the wilderness years. Back in 2002 Creepy was top billing at the Golden Chunder curry house in Ponderosa, Majorca, where owners Hoss and Ben Cartwright would regularly offer a choice of up to three different curries on a Wednesday night. Â“The place used to be jumpingÂ” Creepy told me, his face alight with joy Â“the highlight of the night would be one lucky customer accompanying me on the forks to my massive number one hit Flying MarrowsÂ” said Creepy.

Another venture for the inexhaustible Creepy was a stint on radio, when he became top DJ for the islands ex pat radio station Yawn FM Â“it was a high point for meÂ” Creepy told me Â“every day a least 57 requests for my massive hit Flying Marrows would clog up the phone linesÂ” it is with a hint of a tear that Creepy tells me this, but nostalgic yearning is not the irrepressible CreepyÂ’s style and the moment soon passes.

He goes on to tell me of his hectic schedule performing in some of the top night clubs of Majorca Â“I was really smoking back in those daysÂ” enthuses Creepy Â“El Cabron, Los Cojones, The Brown Noser Club you name it , we were top billingÂ”.

But it was CreepyÂ’s fanatical urge to get his face on the telly that has been the driving force of his entire life Â“since the half a dozen or so appearances on the box back in the 60Â’s, as a result of my massive hit Flying Marrows, the whole television thing has eluded meÂ” says Creepy. It came as no surprise therefore, when the BBC were recruiting for their fly on the wall docu-soap, A place In Obscurity, that Creepys name was the first out of the hat. Â“That was a hurly Â–burly time for meÂ” says Creepy Â“the world of fame, stardom and recognition was calling me back to its fickle bosom and this time I was going to grab that bosom with both handsÂ” he says Â“the curry house, the radio and even the top night clubs were only ever a pale imitation for the real thing, television!Â” he tells me, with a slightly maniacal look in his flinty little eyes. But life in the fast lane doesnÂ’t last forever and no one knows this better then Creepy, so after its infinitely forgettable run, A Place in Obscurity, came to an end.

No stranger to sudden death however, Creepy took this latest dumping in his stride and with that same look of misplaced optimism he goes on to tell me Â“there is always a quiet period between GiroÂ’s; why, even after my massive hit, Flying Marrows, back in the 60Â’s there was a short period of 25 years before my next appearance, at the Telly Tubbies interviewÂ”  he goes on to tell me that although he wasnÂ’t short listed for the final Telly Tubby line up, he never lost the desire or the belief that television stardom was still within reach.

So what of the future, I ask? Â“Well, I am enjoying a career change at the momentÂ” says Creepy Â“I am in fact pursuing a similar line of work to yourselfÂ” he tells me. This, I am afraid, is only too true and CreepyÂ’s pearls of wisdom appear in cat litter tray liner, The Bore-You Weekly. It is good to see that Creepy hasnÂ’t lost his Midas touch and in the short time that he has been writing for The Bore-You Weekly, he has already gained the self-awarded, Columnist of the year. This prestigious award is presented by The Bore-You Weekly, to its own members, by itself.
The interview over, I reluctantly bid farewell to the irrepressible Creepy and as I watch his slight figure weave its way through the McDonalds lunchtime diners, I reflect on the forgettable career of this giant of a man and it occurs to me that the music industry will never see his kind again. So I leave you with the words of his massive number one hit Flying Marrows; after all, nobody puts it better then the great man himself. Keep the faith Creepy!

Why do you have the wrong picture up for the flying marrows???? They are an amazing band who have nothing to do with creepy?? 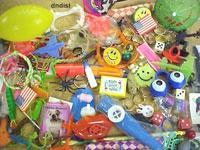 Hand me that sword!