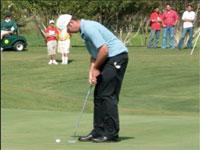 The thoroughbreds of the European Seniors Tour will be on parade near Dublin...

...following the announcement that the 2007 AIB Irish Seniors Open, in association with Greenstar and Fáilte Ireland, is to be played at PGA National Ireland from June 1-3, 2007.

The first of those will take place this June, when the leading players of the European Seniors Tour, including defending champion Sam Torrance of Scotland, are expected to contest the 11th edition of the AIB Irish Seniors Open, in association with Greenstar and Fáilte Ireland.

Having won the Irish Open on The European Tour in 1981 and 1995, Torrance, the former Ryder Cup Captain, claimed the 2006 Seniors version in some style by hitting his 150 yard approach to within 14 feet of the flag on the second extra hole and converting the eagle putt to win a four-man play-off at Sheraton Fota Island, Golf Resort & Spa, Cork.
Following that successful week in the south of the country, the tournament will this year move back near Dublin for the first time since Japans Seiji Ebihara claimed victory at Powerscourt Golf Club, County Wicklow, in 2001.

Announcing the move, Andy Stubbs, Managing Director of the European Seniors Tour, said: Over the past decade the AIB Irish Seniors Open has established itself as one of the key tournaments on our schedule and we are delighted to be able to bring it back to the many thousands of golf fans in and around Irelands capital, especially in a year when the Irish Open on The European Tour is switching to Limerick.

The PGA National Ireland will pose a fresh challenge to the majority of our players but knowing Christy as we all do, we are certain to find a tough test and a beautiful layout rolled into one. 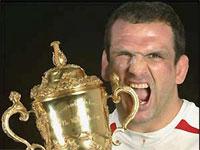