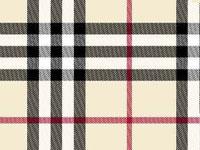 The Burberry company was founded way back in 1856 by an ambitious, and need I say, Ā“Elegantly, tastefulĀ” young man by the name of Thomas Burberry.

This first store, in Basingstoke Hampshire made its name by specialising in Ā“outdoor apparelĀ”.  It was in 1880 however, that the real breakthrough for the company came with Thomas Burberrys invention of Gabardine. Thomas Burberry opened his first London store in 1891 in The Haymarket and this building today houses the companyĀ’s headquarters. With the outbreak of the First World War, Thomas Burberry, on a commission for The War Office, invented the trench coat or great coat, which became a favourite with civilians after the war.

The Burberry Company could well have continued to manufacture outdoor ware for the well heeled to this day, without earning themselves the notoriety of recent times, had it not been for the invention of just one pattern design.

The Burberry Check, known as The Nova, was first used as a lining for Trench Coats back in 1924 with the design being registered as a trade mark. In 1967 the company began to use the design for umbrellas, scarves and luggage. It was shortly after this date, that for some unknown reason, the Burberry Check became a favourite with the various Football Ā“FirmsĀ” who were regularly making a nuisance of themselves all over the country back in the 70s. And so it was, that the reputable, and indeed staid, reputation of the Burberry company, underwent a radical change of image.

By the 1990Ā’s the image of the company had become so bad that Burberry was viewed as something of a national joke. In 2004 the slang term Ā“ChavĀ” first appeared and the archetypal Ā“ChavĀ” is defined as being practically, adorned from head to toe in Burberry Check. This has to have rated as BurberryĀ’s all time low period and the company took the decision to discontinue its Burberry Check Baseball Cap (this being the outstanding badge of honour for the typical Chav male) at this time.

More recently, the company has taken on an American as chief executive and are working hard to win back their more serious image of the past. In its new advertising campaign, Burberry has signed up Kate Moss as their model (although, personally I would have thought that with Miss MossĀ’s reputation, this may have been a step backwards for the company)
Is Burberry completely innocent in the case of their image problems however?

When the Burberry Check was invented way back in 1924, its use was intended solely as a lining, and as a consequence, would have remained largely out of sight. When this design began to be favoured by the masses however, Burberry brought out a huge range of accessories all featuring this particular design; from the ambiguous Ā“Baseball CapĀ” right through to belts, scarves and even handbags and wallets. ArenĀ’t Burberry therefore guilty of flagrantly exploiting this sudden burst of popularity with an otherwise untapped section of the community?

The Burberry Check is one of the most widely copied trademarks in the world and from Ā“Looky MenĀ” to EBay and anywhere in between, the choice of Ā“SnideĀ” Burberry is staggering. The point still remains however, to copy something, that something had to exist in the first place and it was the genuine Burberry Company that first brought out Ā“The Burberry Check Baseball CapĀ”. 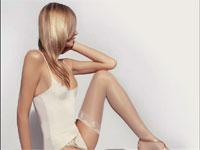 Christmas Stockings
As the ultimate dressing up accessory; stockings have stood the test of time
Foxy!