Whilst the so called Â“Super modelsÂ” are strutting their stuff at The London and Paris Fashion Weeks, a far more attractive bunch of models are gathered in Birmingham

The annual event that is the showcase for all things doggy related, Crufts is 116 years old this year.

Initially started as a purely profit related venture, nowadays Crufts is a sounding board for many worthy and crucial charities run on behalf of the welfare of dogs worldwide. As well as being the oldest and most prestigious dog show in the world this massive event also helps raise awareness of some of the truly invaluable help and companionship provided by dogs to humans in all manner of situations.

Crufts draws 120,000 visitors to the NEC each year, while the main purpose of the event is the search for the best dog in the show, many exihibitors sell a wide range of dog-related merchandise or advertise dog-related charities. There is also a section known as Discover Dogs where visitors can see almost every breed recognised by the Kennel Club on view and discuss each breed with knowledgeable owners.

Crufts also holds special shows and demonstrations, where specially trained dogs may perform in front of an audience.
Crufts is named after its founder Charles Cruft. The young Charles leaving college in 1876 had no desire to join the family jewellery business. Instead he took employment with James Spratt who had set up a new venture in Holborn, London selling "dog cakes".

Charles Cruft was ambitious and a relatively short apprenticeship as an office boy led to promotion as a travelling salesman. This brought him into contact with large estates and sporting kennels. His next career move with Spratts saw him travelling to Europe and here in 1878 French dog breeders, perhaps seeing entrepreneurial talents in Cruft, invited him to organise the promotion of the canine section of the Paris Exhibition. He was still just two years out of college.

Back in England in 1886 he took up the management of the Allied Terrier Club Show at the Royal Aquarium, Westminster.
The first Crufts show in that name was booked into the Royal Agricultural Hall, Islington in 1891. This was the first in a long series of shows there. During this era it was possible for individuals to run shows for personal profit, an aspect that appealed mightily to Charles Cruft, and he ran his shows with considerable profit to himself. Today there are no privately owned dog shows and permission to hold shows is granted by the Kennel Club which licenses only non-commercial organisations. 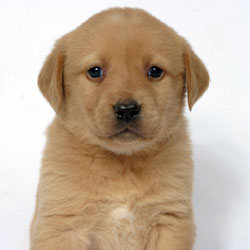 In 1938 Charles Cruft died and his widow ran the 1939 show. Three years later Mrs Cruft felt the responsibility for running the show too demanding and in order to perpetuate the name of the show her husband had made world famous, she asked the Kennel Club to take it over and it was sold to them; 1948 was the first show under the Kennel Club auspices. Held at Olympia, it proved an immediate success with both exhibitors and the public. Since then Crufts has increased in stature year by year.

In 1979 it was decided to change the venue from Olympia to Earls Court as the increasing entries had the show bursting at the seams. In 1982 the show ran for three days and in 1987 for four days to accommodate the increasing numbers of dogs and spectators.

1991 saw the Crufts Centenary Show being held at the Birmingham National Exhibition Centre, this being the first time the show had moved from London. This year will be the sixteenth year that the show has been staged at the NEC. The popularity of Crufts and the interest of dog owners who don't own purebreds convinced The Kennel Club to hold Scruffts, a show similar to Crufts for dogs not eligible to compete in regular Kennel Club events. The popularity of Scruffts proves, that pedigree or pooch, the British love their dogs; and quite rightly so.

for information on the 2007 Crufts Dog Show visit: www.thekennelclub.org.uk

Feathered Friends
If you havenÂ’t room or time for a dog or cat, Lovebirds make interesting and low maintenance pets
Gestation Period for Dogs

Care of an Elderly Cat