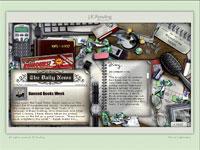 Does flash discourage visitors to a site?

Although multimedia has its place on the Web, current Flash technology tends to discourage user interaction for three reasons: it makes bad design more likely, it breaks with the Webs fundamental interactivity and it consumes resources that would be better spent enhancing a sites core value.

The presence of Flash on a website can constitute a usage disease. There are occasional good Flash designs, although the use of Flash typically lowers usage. In most cases, it would be better if these multimedia objects were removed.
Flash tends to degrade a website; mainly via its encouragement of design abuse. It also breaks with the Webs fundamental principles of interaction and it distracts attention from the sites core value.

Flash Intros delay the users ability to achieve what they came for, although, on the plus side, most Flash intros feature a skip intro button. However, their very existence encourages design abuse in several ways.

First, Flash encourages gratuitous animation: the thinking here seems to be, if we have the ability to make things move, we will make them move! Animation clearly has its place in online communication, however, that place is limited.

One of the Webs most powerful features is that it lets users control their own destination and it is this quality that makes the Web so usable. Unfortunately with overuse of Flash, certain presentation styles resemble television rather than interactive media. Some Websites are in this way, forcing users to sit through often seemingly unrelated sequences.

Many Flash designers introduce their own non-standard GUI controls; how many scrollbar designs do we need? The current Macintosh and Windows scrollbars emerged after the worlds best interaction designers worked for years testing numerous design alternatives. So, even if a new design was workable, it would still reduce a sites overall usage, because users would have to relearn it. When you use standards, your users can focus on content and their reasons for visiting your site. Deviate from the norm and you reduce their feeling of environmental mastery.

None of these problems are inherent in Flash and you can design usable multimedia objects that comply with the guidelines and are easy to use. The problem is simply that current Flash design tends to encourage abuse. 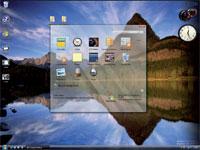 Transparencies
The best feature of Vista may be the one most of us cant use, according to R&B Ainslie
Blind mice?