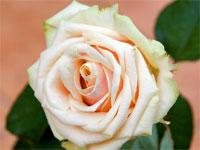 The Irish, the Welsh and Scottish all celebrate their Patron SaintĀ’s days, so, why is St George less celebrated?" Asks Robin Tilbrook MP Chairman of The English Democrats

Both St PatrickĀ’s Day and St DavidĀ’s Day are celebrated in March and St AndrewĀ’s Day is in November.  We are, of course, all very familiar with the massive worldwide Ā“knees-upĀ” that is associated with the St PatrickĀ’s Day shindig. Also the Welsh are proud to celebrate their saint, St David, albeit in a quieter and less demonstrative way than the Irish.

In Scotland there has been much more attention paid recently to St Andrew and now his flag flies from almost every Scottish flagpole. It astonishes me therefore that, in the case of the English and of our own particular long suffering St George, comparatively little is made in the way of celebration or even acknowledgement!

The Irish, Welsh and Scottish have had to struggle in the past to maintain even their own identity against would-be British overlords.  It is this very fight against the abuse of their civil liberties that has helped preserve the fiercely proud and independent nature of the Gaelic peoples. Part of the British place in history is as the largest and one of most influential empires ever.

The Irish have good reason to set aside a day for the celebration of their national identity.  Although the Irish suffered abuses of their civil liberties during the Reformation and the cult of St Patrick has strong Catholic resonance, there was an outstanding grudge going back as far as 1171 when the Angevin Henry II took over Ireland and upon HenryĀ’s death his son, Richard Coeur de Lion, became King and he inherited also the title Ā“Lord of IrelandĀ”.

In Wales it was the formidable Henry VIII back in 1536 who assented to the first Ā‘Act of UnionĀ’.  The law of England was to be the only law of Wales, and to administer it, Justices of the Peace were appointed in every Welsh county, just as they had long been in England.  Wales was to be represented in Parliament by 26 members.  There were about 7,500 words in the 1536 act, of which 150 dealt with the Welsh language. This 2% of the statute has become the subject of more recent comment than the rest of the legislation.  English was to be the only language of the courts of Wales, and those using the Welsh language were not to receive public office in the territories of the King of England.

The Scottish sense of identity has also been partly fashioned from historical struggles for independence ever since Robert the Bruce went northwards, from his native Essex, to become the first Stuart King of Scotland.

The reasons for Irish, Welsh and Scottish determination and pride in promoting their national identities are therefore understandable and justifiable, but what of English identity?  England is a great, historic and influential nation.  Probably the average Englishman today couldnĀ’t tell you the date of St GeorgeĀ’s Day, but he will almost certainly be much more aware of his English national identity than his parents were.

The Cross of St George is now often seen flying in England and, on St GeorgeĀ’s Day, more and more celebrations are taking place up and down the land.  This is all part of the strengthening of a sense of Englishness which led recently to a Sunday Telegraph  poll which showed that 68% now want an English Parliament, a result which Tony Blair has, in an interview to the Yorkshire Post, published on the 28th November 2006, reluctantly admitted is:- Ā“overwhelmingĀ”.

Historically there was a reticence on the part of the English, in the same way in which we have been encouraged to be magnanimous in victory; to the point of guilt in certain cases.  Over the years this became part of the English psyche but in todayĀ’s political climate the English have noticed that the Irish, Welsh and Scottish have been allowed to keep and enjoy their national identity and to parade their individuality. So this reticence is coming to an end and the English are reawakening to their own culture and traditions.

So it is now time for George to join the Patron Saints Day party, on April 23rd, when I, for one, on St GeorgeĀ’s Day, will be drinking a toast, in English Ale, Ā“for England and St George!Ā” 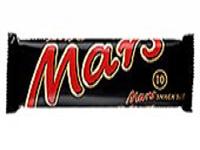 That shrinking feeling
Am I the only one to have noticed how small the favourite chocolate bars have become? Asks Bellinda Ainslie
Less is more

Local businessman to appeal and car for sale on Eboy?

Yer but, no but