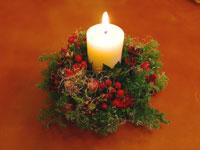 For centuries church calendars in both the East and West have agreed that there are twelve days of Christmas and they begin on Christmas Day and end on January 6.

The twelve days of Christmas end with the Feast of Epiphany also called "The Adoration of the Magi" or "The Manifestation of God." Celebrated on January 6th known as the day of the Three Kings; Caspar, Melchior and Balthazar. According to ancient legend based on Bible stories, these three kings saw, on the night when Christ was born, a bright star and following it to Bethlehem, where they found the Christ child. Gifts of gold, frankincense and myrrh were given to the child by the Kings.

The last day of Christmas, comes with its own traditions, rituals and symbols. Carollers go from house to house and in many homes the Christmas tree is taken down. For children this is an especially joyous occasion because, associated with taking down the tree goes the "plĂĽndern" (raiding) of the tree. This is when all the sweets and chocolates used to decorate the tree are dispersed.

The history of Christmas, (the festival of the nativity of Jesus Christ,) is intertwined with that of the Epiphany. The commemoration of the Baptism (also called the Day of Lights or the Illumination of Jesus) was also known as the birthday of Jesus, because he was believed to have been born then of the Virgin or reborn in baptism. In some records Christmas and Epiphany were referred to as the first and second nativity; the second being Christ's manifestation to the world.

January 6th was also kept as the physical birthday in Bethlehem. In the Teutonic west, Epiphany became the Festival of the Three Kings (i.e. the Magi), or simply Twelfth day. In non Catholic countries the 6th of January passes as a normal day and by this time Christmas is generally done and dusted (although some people do still adhere to the tradition of taking down the Christmas tree on this day) in Spain however, Twelfth Day is a national holiday and the time when children receive their presents, so be prepared for another party, just when you thought it was all over. 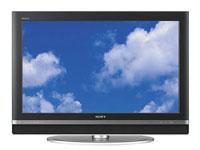 HD Â– seeing is believing!
Enjoy colour so rich you can feel its intensity, and a picture so sharp you can see every face in the crowd. You'll be more than impressed by the difference - just take a look...
Justice on the Costa