Hangovers are more common this time of year

Pure ethanol is metabolically fairly clean and confirmed vodka drinkers will often bring this up as justification for their tipple and explanation for their resistance to hangovers.

In many ways, they are quite correct. If you consider an alcoholic beverage to be water, ethanol and flavourings, then the identity of some of those flavourings is quite frightening. Red wines contain all sorts of interesting chemicals, leading to the complex flavourings typical of the breed, and although many of these impurities, such as arsenic, are poisonous, they are usually present in such minute quantities as to be relatively harmless.

However, if the wine is concentrated by distillation, then as well as increasing the alcohol content, you are also concentrating the poisons. This is the reason that brandy, port and cheap red wine can give you the most monstrous hangovers, as well as gout in later life.

It is also for this reason that people are often advised not to 'mix their drinks'. Different styles of drink have different impurities and some of them can react with one another in interesting ways.

In addition to its intoxicating qualities, ethanol is also a diuretic, so you end up expelling more liquid than you drink. It acts on the brain's pituitary gland and blocks production of a hormone called vasopressin, which usually directs the kidneys to reabsorb water that would otherwise end up in the bladder. Once this hormonal signal has been switched off, there is nothing to stop the bladder from filling up with all the water from the fluid that you drink.

A supply of water is essential to the continuing functioning of the body and when various organs find their normal supply of water has been cut off, they steal it from anywhere they can, including the cells of the brain. Although the brain itself cannot feel pain, when it starts to shrink due to water loss, pain-sensitive filaments connecting the outside membranes to the inside of the skull become stretched, giving the symptoms of a headache. This then is a hangover.

The only way to truly avoid hangovers is to keep alcohol intake to a minimum and to drink plenty of water throughout the day, although at this time of year that is easier said then done! 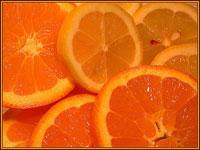 Why put up with pain?

A simple and effective cure for Prostate Cancer