Too wet without one?

Biscuits we all love them don't we. But what exactly is a biscuit? Ask Belinda Ainslie

With Christmas just around the corner, you may just find yourself reaching for a big tin of biscuits before you even realise you are doing it; so why the British obsession?

Biscuit comes from the French meaning twice cooked, but don't let that put you off, as the French don't really have a clue about making decent biscuits. Those dreadful Petit Beurre things that they knock out are really nasty. They sound like they are going to be really nice, like some sort of little buttery thing, but they're not. I've even seen some with a big slab of chocolate on the top in an attempt to make them nice but it was all a bit wrong.

Cake or Biscuit?
Cakes are usually easily distinguished from biscuits by their sheer size; however, individual cakes can be a bit trickier, for instance the macaroon. Also the Jaffa Cake, despite having the word cake in its name can confuse some people.

Crackers
Crackers are aimed at savoury use, such as cheese and crackers, however you sometimes get those Hovis Sweetmeal digestives, I don't know why, in big boxes of crackers, which is obviously confusing. Generally you wouldn't want to dunk one in your tea.

Chocolate covered
Half way between biscuits and chocolate bars, are the chocolate covered biscuits. A bit of a grey area, but this is where we encounter individual foil wraps, and strange quasi cake/ biscuit hybrids like the Wagon Wheel; also the home of the Jacobs Club biscuit, although this is a sad shadow of its former self, thanks to the French again.

Chocolate bars
The Kit Kat is a good example of the transitional phase from chocolate covered, to full chocolate bars, like the picnic.

How to spot biscuits 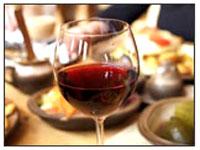 What to drink with Christmas Dinner
Steve Bannell looks at your options for the perfect combination
Leave some for Santa!