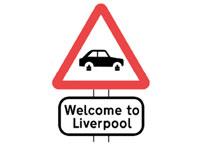 Liverpool council release the details of the event, to be held in the city in 2014 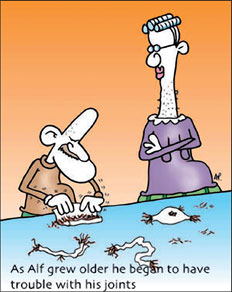 OPENING CEREMONY
The Olympic flame will be ignited by a petrol bomb thrown into the arena by a native of the Toxteth area of the City, wearing the traditional costume of balaclava and shell suits.

THE EVENTS
In previous Olympics Liverpools competitors have not been particularly successful. In order to redress the balance some of the events have been altered slightly to the advantage of the local athletes and the changes are as follows:

100 METRES SPRINT
Competitors will have to hold a video recorder and a microwave oven (one under each arm) and on the sound of a starting pistol a police dog will be released 10 metres behind the athletes.

HAMMER
The competitors will be allowed to make a choice of hammer, (Claw, Sledge etc). The winner will be the one who can cause the most grievous bodily harm to members of the public within their allotted time.

WEIGHTLIFTING
From a standing position, competitors will have various electronic goods placed in their arms. In order to complete a lift these must then be taken through the shop door and placed in a mates van.

FENCING
Entrants will be asked to dispose of as much stolen jewellery as possible within five minutes.

SHOOTING
A series of targets will be set up to establish the competitors ability over a range of disciplines the targets to be as follows: 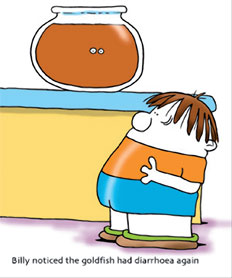 BOXING
Entry to be restricted to husband and wife teams and will take place on every Friday and Saturday night of the games. The husband will be given 15 pints of Stella and the wife will be told not to make him any tea when he gets home. The bout will then commence.

CYCLING TIME TRIALS
Competitors will be asked to break into the Liverpool University bike shed and take an expensive mountain bike owned by some Mummys Boy from the country on his first trip away from home - Against the clock.

TIME TRIAL
The competitor who can waste the most of the courts valuable time before being found guilty will be adjudged the winner.

RELAY
Each of four competitors to remove an appliance of their choice from a house in Cheshire and get it back to Liverpool using at least four different stolen cars.

DISCUS
Will be decided by which contestant can get a hubcap off a car and throw it to his mate the fastest. In addition the following exhibition events designed at promoting the local culture will be introduced.

GRAFFITI
To be decided on who can spray the most obscenities on a neighbours wall in five minutes - NB In order not to disadvantage local competitors, marks will not be deducted for misspelling.

CLOSING CEREMONY
In an attempt to capture the timeless beauty of Liverpool, competitors from every nation will be chased across Stanley
Park by Knife wielding locals. They will then scatter to the four corners of the City to find their car aerial ripped off , driver side window broken and stereo liberated, with no sign of the lad who charged 50p to look after their motor.
Their assailants will return to the park providing a riot of colour and sound as their shell suits converge. The Olympic
flame (if still in place) will be extinguished by eight Scallies forming a circle and pissing on it. The closing speech will consist of the words everyone in Liverpools a natural comedian you know, to which no one will laugh. Each visitor will be hugged on exiting the stadium and will return home to find their wallet missing. 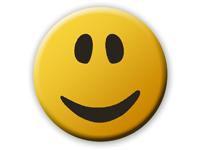 The Quiz Who am I?
Don't miss out on the Quiz, you could win a nice meal for two.
Horoscope M. November to M. December