A simple and effective cure for Prostate Cancer

A machine that can cure prostate cancer in one, 4 hour session at Europa Health Care Clinic, Marbella.

Prostate cancer is the second most common malignancy in males worldwide after lung cancer; it is estimated that 41.5 million men in North America, Europe and Japan have prostate cancer.

In the early stages of prostate cancer, signs and symptoms are usually not obvious. While survival of patients with prostate cancer depends on a number of factors, one of the most important factors is early diagnosis. One of the first indications that a man may have prostate cancer is a difficulty to urinate.

Enlargement of the prostate causes urinary symptoms, which motivate the patient to see a urologist. During this initial visit, the urologist will interview to obtain a medical history and a digital rectal examination (DRE) allows for assessment of size, texture and uniformity of the prostate gland.  A Prostate-Specific Antigen (PSA) blood test allows for the detection of prostatic disease.

It may be a relief to know that there is now an alternative to the conventional methods of cure. In 1989, INSERM unit U281(National Institute for Health and Medical Research), the Urology service of the Edouard Herriot Hospital Lyon, France and EDAP Technomed joined efforts and initiated a research project in France.

This project was to develop an efficient and minimally invasive treatment for localized prostate cancer (stages T1-T2). After ten years of development, the Ablatherm was CE marked (European approval) and the FDA gave approval for the United States to conduct a clinical study.

Today thousands of patients have been treated in several European centres. Here in Spain there are only two locations where such treatment is available. One is in Barcelona and the other right here in Marbella, at the Europa Health Care Clinic.

HIFU: Transrectal High Intensity Focused Ultrasound (Ablatherm). The ABLATHERM is a medical device piloted by a computer, designed to treat localized prostate cancer using high intensity focused ultrasound (HIFU). The energy is delivered through an endorectal probe. The ultrasound waves travel through the rectal wall and are focused in the prostate. This focusing produces intense heat and provokes the destruction of the tissue inside the targeted zone without damaging surrounding tissues.

The process is not at all painful and provided that no other treatment has been undertaken and the tumour is not growing outside the prostate, the chance of a complete recovery is as high as 90% after one single treatment of a maximum four hours.

So where is Europa Health Care Clinic, Marbella located. I get no results from a web search

Editor's comments: This was an independent report submitted to us. I am now conducting some enquiries to find out where this clinic is. I shall contact you again once I know more 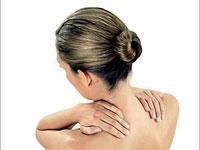 Why put up with pain?
The Chiropractic Centre offer help with a whole range of problems
The common cold