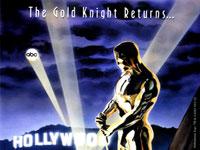 Welcome to this yearĀ’s annual RocaĀ’s; the award ceremony to showcase some of the finest and most inventive criminals in Spain.

This year the competition has been fierce, with the mass arrests back in May of some of the finest felons this country has ever produced. So without further ado, we move on to pay homage to those who have, in the eyes of the judges, climbed to the top of the heap.

We start with the overall winner and a man who has really made his mark in the highly competitive world of corruption.

Marbella (Andalucia)
Juan Antonio Roca, the number one bad boy in the notorious Ā“Ballena BlancaĀ” corruption scandal and a worthy winner of this yearĀ’s top award. SeĆ±or Roca was unavailable to collect his award, but in a touching acceptance speech from his temporary home in Alborote prison, Granada, Roca thanked all those who helped him reach the number one spot and in particular his Ā“mouthpieceĀ” Marisol YagĆ¼e.

Marbella (Andalucia).
Runner up position goes to, Mayoress Marisol YagĆ¼e. Several other councillors were arrested in March amid claims they demanded payments for licenses and municipal contracts. But for sheer audacity and bare faced lying, the judges deemed Marisol the overall winner. In a touching acceptance speech, YagĆ¼e showed her modest side by claiming she really didnĀ’t deserve the award and that all the credit should go to Roca, she said Ā“I really didnĀ’t do anything, I only ever did what Roca told me to doĀ” Ah, bless!

Ciempozuelos (Madrid)
The next award goes to outstanding new comers, who are achieving notoriety early in their careers. The socialist mayor of Ciempozuelos, Madrid, resigned after he and his predecessor were caught opening a Ā€1m bank account in Andorra. Nice work lads!

Villanueva de la CaĆ±ada (Madrid) for great work in the Ā“Feathering your nestĀ” section. The Madrid planning chief stood down after it was discovered he had property interests in the town.

The following three awards go to those who we feel have shown outstanding dedication in bringing corruption to some of the more rural areas, which may otherwise have remained ignorant to the trends and fashions being enjoyed by their contemporaryĀ’s on the CostaĀ’s

Majorca (Balearic Islands)
Worth keeping an eye on, is the inventive new double act. The mayor of Andratx and the former mayoress of Calvia, who are being investigated by prosecutors in separate cases, fandabidozi!

Orihuela (Valencia)
not forgetting our sporting heroes. Corruption prosecutors are investigating the mayor for alleged wrongful licensing of golf courses and housing developments. Good luck with that one!

Catral (Valencia).
And finally in this section, in the category set aside for outstanding achievement in the field of environmental conservation. Regional authorities in Valencia have suspended the town hall's right to grant licenses after 1,250 houses were built in a protected area.

The next award is for corruption in a foreign language.
Manilva has a huge foreign residency and its town council has welcomed the odd foreigner in the past. This has been a bold move on the part of a Spanish town hall and only a really cynical person would suggest that it has been a way of topping up all those foreign votes floating about.

Manilva (Andalucia)
The mayor and eight councillors are under investigation for allegedly favouring certain builders.

And finally we come to the Ā“Life time achievement awardĀ” this year the award goes posthumously, to Senor Jesus Gil Y Gil. Senor Gil was seen by many as the Ā“GodfatherĀ” of modern corruption on the Costa del Sol and indeed, many of todayĀ’s young scallywags are former pupils of the great Gil. 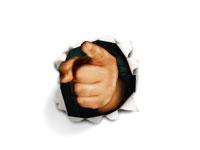 Justice on the Costa
DonĀ’t just assume justice will be done, says Edwin Gladstone
A weak and feeble woman?