Mexican food has flavour, interest and a rich history

Mexican cuisine is known for its intense and varied flavours, colourful decoration and the variety of spices used. Mexican gastronomy, in terms of diversity of appealing tastes and textures, is one of the richest in the world in proteins, vitamins and minerals, though some people characterize it as excessively spicy.

When Spanish conquistadores arrived in the Aztec capital Tenochtitlan (on the ruins of which Mexico City was built) they found that the common people's diet consisted largely of corn-based dishes with chillies and herbs, usually complemented with beans and squash. Later on, the conquistadores added to their original diet of rice, beef, pork, chicken, wine, garlic and onions that they brought with them from Spain to the indigenous foods of pre Columbian Mexico these included chocolate, maize, tomato, vanilla, avocado, papaya, pineapple, Chile pepper, beans, squash, sweet potato, peanut and turkey. The totopo, which is a deep-fried corn tortilla, may have been created as part of this cuisine.

Most of today's Mexican cuisine is based on pre Hispanic traditions, including the Aztecs and Maya, combined with culinary trends introduced by Spanish colonists. Quesadillas, for example, are a flour or corn tortilla with cheese (often a Mexican-style soft farmer's cheese such as Queso Fresco) and filled with beef, chicken or pork. The indigenous part of this and many other traditional foods is the Chile pepper.

Foods like these tend to be very colourful because of the rich variety of vegetables, among them red peppers, green peppers, chillies, broccoli, cauliflower and radishes. There is also a sprinkling of Caribbean influence in Mexican cuisine, particularly in some regional dishes from the states of Veracruz and Yucatan. The French occupation of Mexico also yielded some influences; the bolillo (pronounced bo-lee-yo, with the "o" as in "bore") a Mexican take on the French roll, certainly seems to reflect this.

Mexican food varies by region because of local climate, geography and ethnic differences among the indigenous inhabitants and because these different populations were influenced by the Spaniards in varying degrees.

The north of Mexico is known for its beef production and meat dishes; south-eastern Mexico, on the other hand, is known for its spicy vegetable and chicken based dishes. Veracruz style is a common method of preparing seafood.

Mexican cuisine has combined with the cuisine of the southwest United States to form Tex-Mex and this has established itself as one of the worlds most popular cuisines. 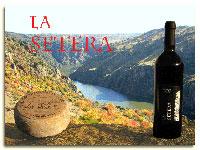