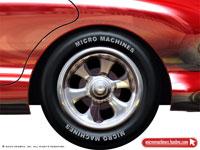 The original, is one of the most played videogames of all time spreading across various consoles and computers worldwide. In 1993, it was finally the Sega Genesis' turn to host this all out, hold nothing back miniature multi-player racing fiesta.

Based from the top-down view, this version places various types of miniature vehicles into various small locations, generally around the domestic home and work place. A total of around twenty-eight tracks are offered set over locations including bubble baths, morning tea tables, breakfast tables, gardens and other settings. A large selection of "wacky" characters are also available from the kicked back style of Jethro, Fonze try-hard Spider, bottle glasses Mike, Over-weight intellectual Walter, cross-eyed punk Dwayne and six other characters.

The range of vehicles is also quite extreme from the land-based sports cars, 4x4s, turbo wheels, tanks to other funky vehicles such as choppers and powerboats. Play is also available in one or two player modes with head to head one-on-one player gaming for single players and challenge pitting single players in a four-player tournament. The multi-player modes are tournament/single and provide some of the most insane multi-player battles on the Genesis according to Â“All Game GuidesÂ”.

Well the good news is that a new version was brought out earlier this year. Micro Machines V4 is available on most formats and has lost none of the speed and mayhem for which it was so popular in the past. This is one for children as young as 3+ right up to retirement age. So with Christmas just around the corner, this is a nice innocent, non violent game; and that in itself is rare enough to find nowadays!

For info and supplies visit: www.codemasters.co.uk 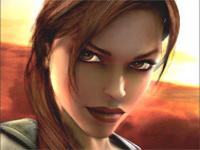 Want to play with me?
R&B Ainslie say happy birthday to one of games worlds sexiest older ladies
Are you being served?

Is your sensitive information safe on your PC?