How late can one make claims in Spain?

In Britain there is a general statutory time limit of 6 years after which one cannot make a claim, be it justified or not. But then in Britain cases are heard a lot sooner than in Spain, therefore in Spain, the time limit for civil cases is normally stated as 15 years from the day one makes the demand, beyond this it may not be acceptable.

Making a claim or demand of payment means officially advising the debtors that he owes the money claimed. This should be done in a way that can be used as evidence. A letter or documents relating to the claim is sent to the debtor via a Notary Public or by bureaux fax from a post office. This is a fax sent from your post office to the post office local to the debtor and delivered to him by hand; it has to be signed for. Either method is sufficient evidence to the effect that you have made formal demand of payment.

Once the claim is made, it is then up to the debtor to respond within the time limit that he was given with a payment or an offer to repay by instalments or a counteroffer. You then have 15 years to bring the matter into court.

It is always best to avoid unnecessary costs if a compromise can be reached. It is cheaper and quicker for both parties. But should the debtor fail to respond or co-operate, then there would be no alternative but to lodge a claim through the Court. It is best done by your lawyer. The alternative could be to contact an established debt collecting company, usually found in large cities like Madrid or Barcelona, and let them take the matter as far as they think it may be feasible. Either way what must be considered is the question of costs which are not usually granted to the claimant as a matter of course.

Using a Debt Collectors could be more efficient than using a lawyer as their presence is much more intimidating and can lead to registering the debtors name in the Black Book of Debtors with the result that the debtors history will be tarnished for sometime to come. Apparently it is very difficult to get ones name taken off that book and foreign credit agencies often consult it.

Then there is the case when one has actually been conned or been the victim of a fraud. This would have criminal connotations, therefore it may be worth considering placing a complaint (denuncia) with the police who will act in accordance to the gravity of the matter and take the matter to court. You should still have a lawyer at your side.

In the case where you are making a claim against a retailer for the supply of faulty goods under a guarantee or similar, make sure you read the guarantees conditions which could be limited to making the official demand for compensation within 6 or 12 months of the date of purchase. Once you have made your claim then of course the time limit is extended to the 15 years mentioned above.

Please note that the time for making the original formal claim can vary in different circumstances and can be different between an insurance claim and a claim against an airline or a builder. Claim being the formal demand for compensation as mentioned above.

Please remember that this information is given as general guidance only and you should always contact your lawyer in respect of your own personal circumstances. 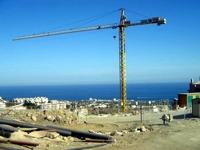 Ask for your rights: Buying off plan - PART 2
Now for the second part of this interesting article about buying off plan in Spain.
Maritime Law

Buying a business in Spain