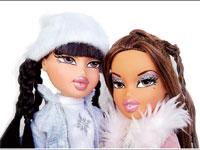 Disgraced, fluffy bunny and former mayor of Marbella Marisol Yangue was released on bail last month and has spent the time since telling anyone daft enough to believe her, that she had no idea of the fraud going on all around her and that she only ever did what Juan Antonio Roca told her to do.

Yeah right! So a modern, educated, professional woman can rise to the prestigious position of mayor of Marbella, but once there, becomes a mere mannequin dependant on the strong shoulders of the men around her?

It is all well and good to play the little woman if that is your usual carry on, but if you are the kind of woman who is capable of running up millions of Euros debt without any help from a man, then no one is going to belive the Doris Day act at this stage of the game.

Yague has however shown herself to be weak when faced with hardship and since her arrest; the papers have been full of stories of how she suffered during her internment.

However, The lady doth protest too much, methinks only young children use the excuse He told me to do it and even children work out, pretty quickly,  that it doesnt work. Yangue is not helping herself any by taking this line, in fact, she runs the risk of losing the few friends and sympathisers she has left, after all, nobody likes a cry baby! 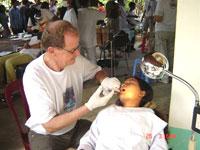