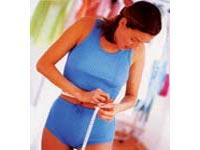 The oldest organisms-the ones who gave us life-are back to revitalise us and help us lose weight. By Paloma Vargas 635 911 055

Spirulina is the botanical name of a blue-green algae that is barely half a millimete long. In Latin the word Spirulina means "little spiral", referring to the algae's spiral structure and it is one of the oldest forms of life known to have been growing on earth for 3.5 billion years.

These tiny green spiral coils harvest the energy of the sun, growing a treasure of bio-available nutrients. Blue green algae produced the oxygen in our atmosphere allowing all higher life forms to evolve and they contain everything life needed to evolve into its rich diversity today. They are one of the many solutions we need for restoring our planet in the next 20 years.
This immortal life form has renewed itself for billions of years and in the past 20 years it has reintroduced itself to humanity as it contains billions of years of successful evolutionary wisdom coded in its DNA. Several years ago, the National Cancer Institute announced sulfolipids from blue-green algae like spirulina were remarkably active in test tube experiments against the AIDS virus.

In 1993-95, research showed natural polysaccharides in spirulina increased T-cell counts, strengthened the immune system and raised disease resistance in chickens, fish and mice. The animal feed industry is embracing spirulina as a new pro-biotic to replace overused antibiotic drugs in animal feeds. In 1994, a Russian patent was awarded for spirulina as a medicine for reducing allergic reactions from radiation in the Children of Chernobyl.

It contains compounds like phycocyanin, polysaccharides and sulfolipids that enhance the immune system. It can be grown with brackish water and non-fertile land that cannot be used by other crops. It can produce 20 times more protein per acre than soyabeans.

If we can use unusable resources to grow the most powerful food on Earth, we can help stop cutting the last of the primordial forests to grow food. This has extraordinary implications for more efficient and sustainable food production in the future as we advance into uncertain economic times. Correctly taken, spirulina is the natural food that can help us achieve the desired weight loss and at the same time provide and improve the natural energy needed by our bodies, while at the same time improving our immune system and purifying our blood from carbon dioxide and lactic acid.

For more information and further advice on spirulina, please do contact Paloma Vargas at 635 911 055 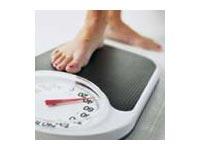 Could Dust Mites be the main reason for asthma!

Incense & the power or aromatherapy