As good as gold

Our lives depend on commodities, yet most are too afraid to invest in them. Whereas growth stocks and real estate are considered safe bets that can only go up, even the mention of the word commodities creates tremendous fear amongst the public.

Human beings are totally dependent on commodities. Everybody needs food and clothing to survive as well as energy to go about the business of living. When raw materials are in great demand and supplies are extremely tight, commodities make headlines all over the world as prices soar. Now, we are witnessing another such time. The new bull-market is here, but it is not in financial assets (stocks and bonds); it is in commodities.

History is dotted with massive bull-markets in commodities, which occurred regularly. The current bull-market started in 2001 when commodities (adjusted for inflation) were the cheapest they had ever been. So, this bull-market is still an infant as far as commodity bullmarkets go, with the potential of becoming the greatest of all bull-markets.

Why do commodity bull-markets last for such a long time? you may wonder. The answer can be summed up in two words - supply and demand. When demand is on the rise, it takes years to increase the supply. Unlike financial assets, the supply of commodities cannot be increased at will. Consider crude oil as an example. Despite our
desperate need for increasing oil production, not a single gigantic oil field has been discovered in the past 35 years. Now, let us assume that a huge oil field is discovered tomorrow. While that would be great news, it would still take years before the infrastructure is built to bring this new oil to the consumer. In the meantime, oil will continue to surge.

Similar supply- constraints also apply in the case of gold and silver, wonderful news for the commodity-investor. Moreover, we are living in a highly inflationary world. Most central banks continue to print money like there is no tomorrow. The money supply is surging by roughly 10% per annum in most developed nations. So, this excessive liquidity has to find a home somewhere, and in highly inflationary times, it usually goes into commodities because their supplies cannot be increased at will.

Rest assured central banks around the world will continue to print money for as long as they can. If they dont, the trillions of dollars of debt in the United States will become even more of a problem and lead the world to a depression. The truth is that money printing (inflation) makes debt less formidable. Due to inflation, the money you owe today will feel like a lot less in ten years time. So, monetary inflation is another very good reason why you want to protect your wealth by investing in commodities, particularly, Precious Metals. In the current economic environment, where monetary infl ation is rampant, every investor must take a position in commodities as a wealth preservation strategy.

Think the FTSE100 at 6,000 and above is rising strongly? Measured against the current bull market in gold  often considered the only true money by aficionados of the metal markets  its in fact been losing value since the New Year. March 2003 looks much less impressive measured in gold rather than pounds sterling. And, with more than 11% more pounds in the world today than there were this time last year; investors might do well to wonder just what kind of money their shares should be denominated in. 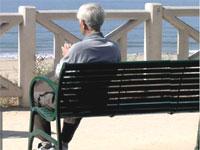