Just days after being crowned world champions, Italian football faces losing many of its star players following the verdict of the biggest sporting trial in the nations history.

For their part in the match-fixing scandal, Juventus, Lazio and Fiorentina were relegated to Serie B while AC Milan remain in Serie A but begin the season with a 15-point penalty.

Juve, Fiorentina and Milan were thrown out of the Champions League for the 2006-2007 season. That has alerted Premiership bigspenders like Chelsea, Manchester United, Liverpool and Arsenal, along with La Liga giants Barcelona and Real Madrid, who are ready to swoop like vultures to pick up some easy prey.

Real Madrid has already signed the Juventus pair of Fabio Cannavaro and Emerson.

Will that be the end to their raid on the Italian clubs?

Gianluigi Buff on Goalkeeper for Juventus underlined his position as the worlds best keeper at the World Cup by conceding just once in six games. He became the worlds most expensive goalkeeper when Juve paid Parma £33m for his services in 2001 possible destinations: Arsenal, Inter Milan and Real Madrid.

Gianluca Zambrotta another Juventus player as well as being another star of Italys World Cup campaign. Zambrotta is equally capable of performing on either wing in defense or attack. With his best years ahead of him he is unlikely to spend them in Serie B. Possible destinations: Is keen to stay in Italy, but Real Madrid have already bid £20.5m for him plus team-mates Fabio Cannavaro and Emerson.

AC Milan and Chelsea are waiting in the wings. 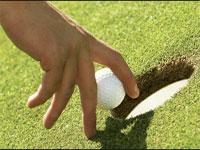