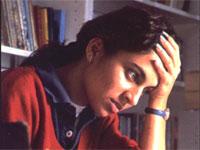 Delighted with your results?

Then you probably worked hard to achieve them, you made sure you revised well, you always produced homework, never missed any lessons or, if you did, you made sure you copied up the missed lesson, attended any extra classes
offered, never gave your subject teacher any cause for concern and your results now reflect the hard work that
you put in.

Not so delighted? In fact, maybe devastated, with your results? So, what went wrong? Was the revision and studying crammed into the last few weeks before the exams started? Did you revise at all? Did you attend
all the classes? Was it too difficult to stay in and study when the sun was shining and your friends were off to
the beach? If you know you could have done better if you had been a little less lazy and put in more effort then you could always re-sit either in the autumn or the following spring. Some schools are geared to allowing pupils to re-take some GCSEs whilst studying for A levels.

An alternative programme of study, focusing mainly on sports but including generic work-related skills, is also available here on the coast.

Mayfair International Academy pioneered the Alternative Sports, Skills and Study Curriculum in order to base a programme around the interests, aptitudes and aspirations of individual young people on the coast. The overwhelming impression from preliminary findings was that this programme was an effective way of enabling students to move into a positive progression route to further education or a professional career in Sports.

The majority of Mayfair students, who have completed the first part of the course and now have an impressive portfolio of achievement awards, are now on route for a successful career in the Fitness Industry.

Some students have already gained their level I Assistant Fitness Instructor qualifi cation. They are very clear about the choice of curriculum that they wish to follow and this is a crucial factor in the success of the
programme. Logically, if students are discontented at school because they do not enjoy what they are doing,
sending them somewhere else to do the same thing or something else that they do not enjoy doing, is not the
answer.

Mayfairs programme includes GCSE studies in years 10 and 11 and either A Level studies or NVQs in years 12 and 13. It also includes a complete course in Fitness Instructing, certifi ed by the CYMCA and a certifi cate in CPR. The end result is that a Mayfair student can leave the Academy at the end of year 13 with a career as fully qualifi ed Gym Instructor or he/she can continue his/her studies at University. For improved life chances for individual young people an alternative curriculum just might be the answer.

They may be unhappy and disillusioned but, there is a light at the end of the tunnel!!! Styled on the Career-Tech of the USA, there is an effective alternative curriculum programme, which will re-engage and re-motivate pupils enabling them to follow a positive progression route into further education or employment. It is interesting to note
that, in the United States, almost as many vocational students enter into university as students who have followed the normal curriculum.

Schools in the UK who have adapted this flexible curriculum have discovered that students have improved in self esteem, self-confidence and maturity. They have become far happier attending school with an improved understanding of the relevance of academic subjects which, in turn, has culminated in better work ethics and ability to prioritise, meet deadlines and complete set work and coursework.

The improved sense of achievement has helped the students to develop a better interaction with others and a better ability to mix with a wider range of people. Many students never see the connection between school and later life. Vocational education gives students real world skills. The schools have also found that the attendance has improved dramatically as have the qualifications gained and exclusions and referrals for behaviour have reduced. Families with children attending the alternative programme of study have reported that they now have an improved quality of relationship with their son/daughter; there is less tension at home and an in creased sense of pride stemming from the son/ daughters success. 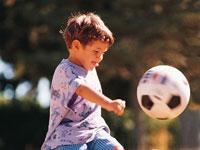 Surviving the summer holidays
In spite of the fact that children cant wait for the long summer break to start, they are often bored within the first couple of days! So what do you do with them for weeks on end?
Getting Physical.