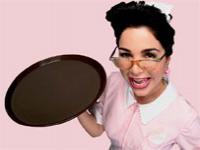 Almost the entire structure of the Internet is based upon a client-server model, according to R&B Ainslie

Servers occupy a place in computing similar to that occupied by minicomputers in the past, which they have largely replaced.

The typical server is a computer system that operates continuously on a network and waits for requests for services from other computers on the network. Many servers are dedicated to this role, but some may also be used simultaneously for other purposes, particularly when the demands placed upon them as servers are modest. For example, in a small office, a large desktop computer may act as both a desktop workstation for one person in the office and as a server for all the other computers in the office.

Servers today are physically similar to most other general-purpose computers, although their hardware configurations may be particularly optimized to fit their server roles, if they are dedicated to that role. Many use hardware identical or nearly identical to that found in standard desktop PCs. However, servers run software that is often very different from that used on desktop computers and workstations.

Servers should not be confused with mainframes, which are very large computers that centralize certain information processing activities in large organizations and may or may not act as servers in addition to their other activities.

Many large organizations have both mainframes and servers, although servers usually are smaller and much more numerous and decentralized than mainframes. Servers frequently host hardware resources that they make available on a controlled and shared basis to client computers, such as printers (print servers) and file systems (file servers).

This sharing permits better access control (and thus better security) and can reduce costs by reducing duplication of hardware. Almost the entire structure of the Internet is based upon a client-server model.

Many millions of servers are connected to the Internet and run continuously throughout the world. Among the many services provided by Internet servers are: the Web; the Domain Name System; electronic mail; file transfer; instant messaging; streaming audio and video, online gaming, p2p networking and countless others. Virtually every action taken by an ordinary Internet user requires one or more interactions with one or more servers. 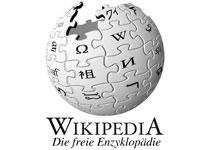 Wiki's
R&B Ainslie look at the simplest online database
Is your sensitive information safe on your PC?