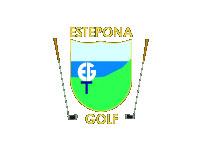 We have recently been contacted by the owner of a residential property on the Estepona Golf Course. He has done so on his behalf and on behalf of all other resident owners on the same golf course.

He advises us that they have suddenly discovered that charges have been placed on their homes without their knowledge, ranging between 5.000 for apartments and 30,000-40,000 for houses. We are also informed that these charges are open ended.

We are further told that these charges are for moneys to be raised to pay for the infrastructure which is required in order to expand on the further construction of homes on this land and that without such infrastructure funds being available the sale of more land to the construction company cannot take place.

It all seems rather strange that none of the owners knew of such charges when they purchased their homes and they have now suddenly appeared, because it is usual such charges can only be ordered by a Court in session.

Something does seem amiss here, so while we are asking our solicitors to try and find a rational explanation, we shall be grateful for anyone who can throw some light on the matter.

They were desperate for the Mayor to hear their grievances against the landowner of Estepona Golf, Mr Rory Leader and the Developers who have put extortionate infrastructure charges on their homes.

The crowds waved placards, blew whistles and booed outside the Mayors office. Mounted police were there
to stop the protesters blocking the road. Crews from two Spanish TV Stations were in attendance along with four Radio Stations and four local press officers who interviewed the two Community Presidents Don Manuel Sánchez Rodriguez and Don Alfonso Gonzalez Careaga-Benito, who then handed their Petition into the Mayors Office on camera.

Mrs Elizabeth Brookes, a Pensioner, who purchased her home with her late husband Bernard and who was
a keen golfer on the golf course has a charge on her home of 29,751. She stated she would have to sell her
home to pay these infrastructure costs.

Residents from as far as Nerja, San Roque and Puerto Romano, who face same life changing costs, attended the rally.

Mr Alec Maguire (Mediator) gave a rousing speech thanking them for coming and stated United We Stand, Divided We Fall. Everyone cheered and then marched through the streets of Estepona with their placards.

Organisers of the demonstration agreed afterwards at a meeting this will be the first of many protests to be held on the streets of Estepona and in the media, along with legal objections through the Courts from the acting lawyer, Inmaculada Ginzález Mena.

This is unbelieveable can this really happen, should people wishing to buy in spain know about this, it should on UK national TV, to stop people buying homes on this site, so the developers can not make money out of these people, if they lose their homes where will they live. 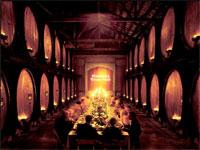 BOLLINGERS!
Señor Roca may be in the cooler, but what about his wine? The disgraced Marbella town council Soap Opera continues this month with the Señor Rocas fine wine episode.
Escape to victory