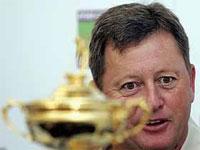 Ireland's Padraig Harrington and England's Luke Donald move into Europe's top 10 after finishing fifth and tied for 13th respectively at the US Open.

And Scotland's Colin Montgomerie nails down his place, despite blowing the chance of winning his first major at Winged Foot.

But who else is moving up and down in the scramble to make Ian Woosnam's European team for the match against the USA at Ireland's K Club in September? Following the final-day drama at Winged Foot, this seems to be the latest state of play. (Five spots come from a list of points accrued in world events, five places come from rankings based on European Tour events, plus two captain's picks).

Spain's Olazabal, who missed the last Ryder Cup in America, moved up to second in the world points list by finishing 21st at Winged Foot.

Montgomerie, who double-bogeyed the last to finish a shot behind winner Geoff Ogilvy, is now well clear of Donald in fourth on the world points list and second in the European points table. Sweden's Robert Karlsson is bumped from the list after missing out on the US Open and the St Omer Open in France. Donald, who finished 12th at Winged Foot despite a first-round 78, is now fifth on the world points list, displacing Spain's Sergio Garcia.

Donald's countryman Paul Casey also surged through the field after a poor first day to finish 15th and is now fourth on the European points list, some way clear of Garcia in sixth. Garcia missed the cut at Winged Foot and but still looks to have accrued enough European points to be on the plane to Dublin. 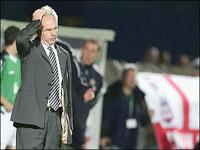 The crying game
A win on penaltys for Italy and a less then inspiring performance from England, has The World Cup lost its passion?
GOLF & Thistle Test ye!